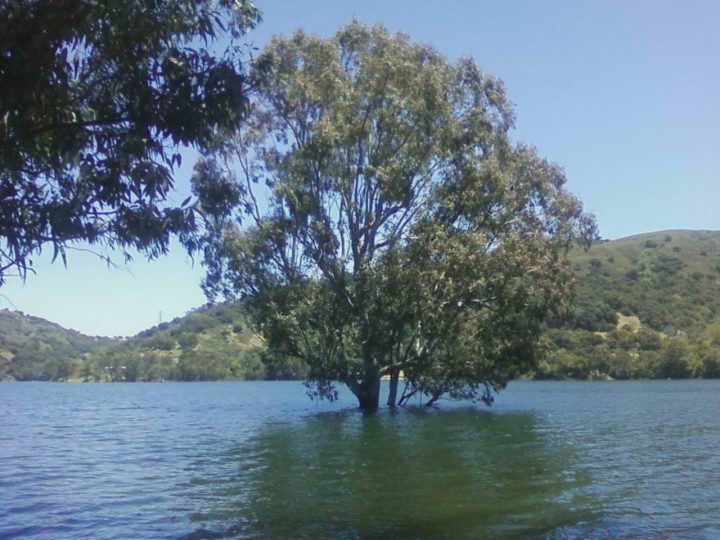 Something really crazy happened last night. From out of nowhere, a profusion of drops of water started to fall from the sky! It continued to fall for a while, and got everything wet. Soil that had been dry and dusty became rather muddy. As crazy as it sounds, it is not impossible, and actually happened repeatedly last autumn, winter, and into spring. In fact, it was so abundant that the San Lorenzo River filled with all this strange sky water, and flooded worse than it had since the flood of 1982! People in other less arid climates are more familiar with this sort of thing. It is actually no mystery. It is known simply as ‘rain’.

‘Rain’ is like free water. Really, we do not need to pay for it! It falls from the sky, and waters the garden so we don’t need to. It might be the only water that areas outside of the garden get. Some plants out there have been waiting for it since it stopped falling from the sky last spring. Rain that does not soak into the ground drains into creeks and rivers, which flow into reservoirs that store it for later use. (Local reservoirs don’t really save it for later use directly, but use it to recharge groundwater; but that is another story.)

Another advantage of rain is that it tends to get things wet, which makes them less combustible. This is rather useful when forests nearby are burning. The Bear Fire near Boulder Creek is not quite extinguished. In fact, it is not yet contained. This rain should help with that. It probably will not do much for what is already burning, but should slow the already stagnating progression of the fire.