Little kids were allowed to walk to school back in the early 1970s. The youngest had to walk with older siblings or neighbors who made them look both ways and hold hands to cross the streets, and stay back from the roadway. Once through the open gate into the schoolyard, younger kids could leave their slightly older chaperones to meet up with their friends and eventually go to their respective classrooms.

It is scary to think of how carefree we were back then.

The east side of our schoolyard was hedged with alternating Monterey pines and Monterey cypress, with a few random deodar cedars, redwoods and even a California pepper tree and a Canary Island date palm just inside the hedge. The random trees were somewhat mature, so were likely remnants of a landscape of a home that was on the site before the school was built there. The hedge was probably installed shortly after the school was built. It was that sort of shabby bad hedge that was common back in the mid 1950s. Nowadays, we know that neither the pines nor the cypress should have been shorn. The cypress could have made a nice hedge without the pines, but even back then, no one wanted to handle the sticky mess.

By 1972 and 1973, when the hedge was less than twenty years old, it was already beginning to assume a natural form. Only limbs that tried to grow through the fence on the outside, or too far into the schoolyard on the inside, got pruned back. No one was trying to keep it shorn. It was quite a thicket; perfect for a new kindergartener to hide out in.

Yes, I am speaking from experience. On my way to school one morning, I decided that I wanted to take a nap; so I weaseled my way in between the first cypress tree and the outer cyclone fence in order to do so. I somehow got past the cypress and found a nice soft spot on the thick layer of pine needles under the first pine, and promptly fell asleep.

Needless to say, my kindergarten teacher was very concerned when I did not get to school on time. Eventually, I woke up and emerged from my den to find the schoolyard empty. By the time I got to school all dusty and dirty and sticky with pine and cypress pitch, my teacher was really quite panicked. I did not understand why. I just wanted to take a nap.

While the trees were dying over the years, the school and adjacent neighborhoods were annexed into the city. The school was sold and rebuild at a private school. The schoolyard got a bigger fancy fence without gates. Students could only enter through a main entrance at the front of the school. A nice hedge row of redwoods was planted on the fence line where the pines and cypress had been. Then, a saran screen was affixed to the fence to obscure the view of the schoolyard and trees from the outside.

More recently, I had to go back to the old school to inspect a tree, and provide the arborist report needed to procure a removal permit from the city that the school is now annexed to.

Getting into the school was not nearly as easy as it was when I was in kindergarten. I had to go to the office, sign in with all my credentials and contact information, and wait for both a chaperone and a property manager to take me directly to the tree while also avoiding the pale protected children that now infest the old school. There were surveillance cameras everywhere, and security guards at the gates.

It is scary to think of how scared children are taught to be now.

Anyway, as you can guess, the tree that I was expected to condemn was that first Monterey pine that I had ever met, the second tree after the cypress in the original hedge.

There was a problem. I could find no problem with the tree. I mean, there was nothing wrong with it. It was healthy, stable and exhibited no symptoms associated with structural deficiency; which was weird considering what it had experienced through most of its life. When I asked the property manager what the problem was with the tree, he told me that it did not ‘fit in’ with the nice uniform row of redwoods. In other words, it did not conform. Oh. Ummmm. Well, that is no justification for removal of such a nice healthy Monterey pine that benefits the whole neighborhood. You can imagine how pleasurable it was to tell him that.

Now, I am the sort that believes that tree preservation ordinances are too restrictive. They actually prompt some people to cut trees down before they get big enough to be protected! Besides, such ordinances interfere with the rights of those who own property. There are certainly big and prominent trees that are worth protecting. This pine was not one of those. Yet, for once in my career, I was pleased that such an unimportant tree was protected by silly overprotective ordinances.

The property manager was annoyed that I could not do as he requested. There was no report condemning the tree. The tree service company that sent me out there for the inspection got no work out of the deal. Apparently, no other arborist would condemn the tree either.

Now that you are reading this, it is 2018, another New Year more than six decades after that nonconforming Monterey pine was planted where it still lives at the Old School. 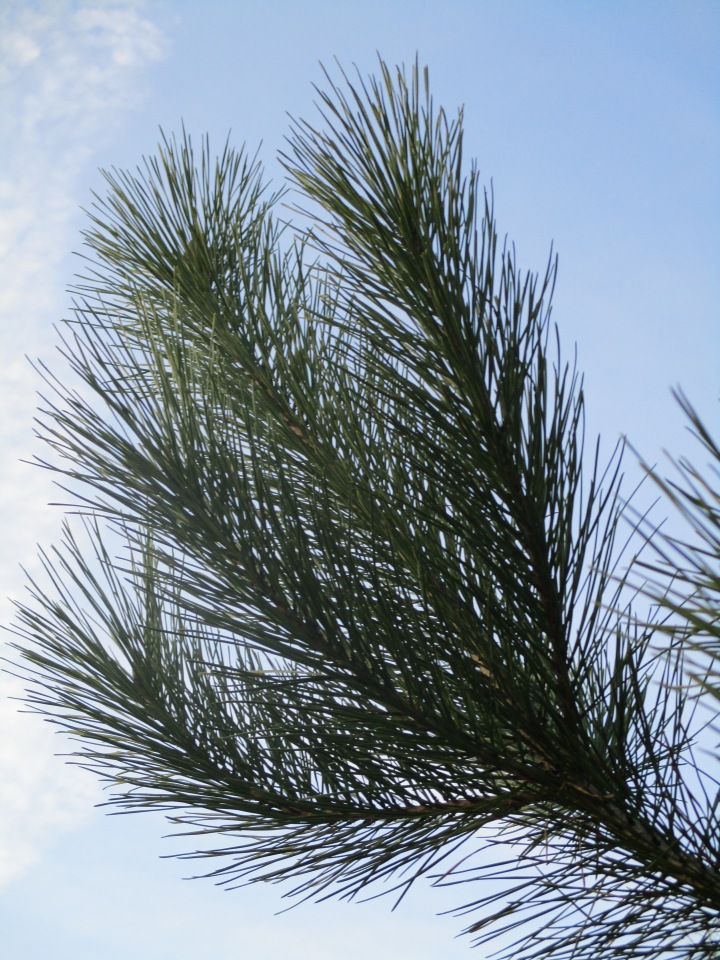