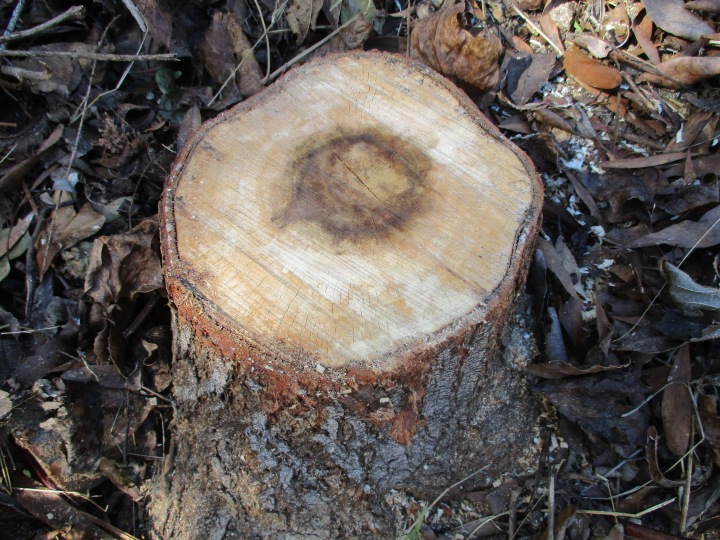 Shady applies to more than trees. It applies to many of those who are hired to maintain trees and landscapes. In my career, I have worked for some of the best arborists, nurserymen and other horticulturists. In fact, some of my colleagues, particularly a landscape designer, two nurserymen and at least three arborists, happen to be legendary. I would say that I don’t mean to brag, but that would be inaccurate. I will write about some of them sometime. This here is not about them.

Sadly, I have had the misfortune to work with some really shady characters and businesses. They may seem to be more professional than the real professionals who take their professions very seriously, but it is all for show. I can tell you all about the brochures, and use all the buzz words, but it is all a lie. From sustainability and planting natives to save water, to diagnosing problems before they become serious, they are all lies. Their objective is to take money; as much money as possible, for as little effort as possible.

Even their contracts were not considered to be sustainable. I once informed an operations manager that the oleanders that were planted below a sign were not the dwarf oleanders that they were supposed to be, and that in order to prevent them from obscuring the sign, they would need to be pruned and deprived of bloom. He was not concerned, and told me that we have no idea who will be taking care of the landscape by the time that happens.

I was once instructed to go look at a ‘Marina’ madrone that was a street tree in what had been the old Fort Ord, where some of the old homes, buildings and landscapes were in the process of being salvaged or renovated. I was only informed that the tree was in bad condition. Upon arrival, I found the single madrone in a well matched row of others, on a curving street. I was quite annoyed that the tree was so distressed from severe aphid infestation that it could not be salvaged. The subject looked as if it had been healthy for many years, but only recently became infested with aphid within the previous two years. The other ‘horticultural professionals’ at the site should have noticed the problem before the tree had deteriorated as much as it had. Now, removing the tree was going to compromise the conformity of the evenly spaced and well matched row of street trees. I wrote the report prescribing removal.

I needed to visit the site for another problem a few weeks later, and when I drove by where the tree should have been removed, I noticed that it was still there, and very dead. Interestingly, a tree next to it was missing. That made me wonder. I radioed in, and was informed that the tree had been cut down. You can guess where this is going. They had cut down the wrong tree; a perfectly healthy ‘Marina’ madrone. Why didn’t the crew removing the healthy tree question the removal of such a healthy tree next to a dead tree? Who knows. I wrote another report prescribing the removal of the dead tree, which was removed the second time around.

The client was charged for the removal and replacement of BOTH trees, the dead tree, and the healthy tree that was removed by ‘mistake’! The replacement trees were large boxed trees that better matched those that were removed!

For those who do not know, madrones should be planted while young, and will rather efficiently grow to match the others. Boxed trees get too distressed from the transition to recover right away, and wait around for years before they resume growth. By the time a big boxed tree starts to grow, a smaller tree would have already gotten established and grown larger. Boxed madrones are really for those who want to charge more money than they could get for smaller trees that cost much less.

So, the landscape company charged a lot of money to maintain the landscape, so that trees would not die from negligence. Then, they charged not only for the removal and replacement of a tree that died as a result of their negligence, but also a tree that was killed by their stupidity. As if that were not enough, they charged for the the most expensive replacement trees available. They were shadier than the trees that they killed.