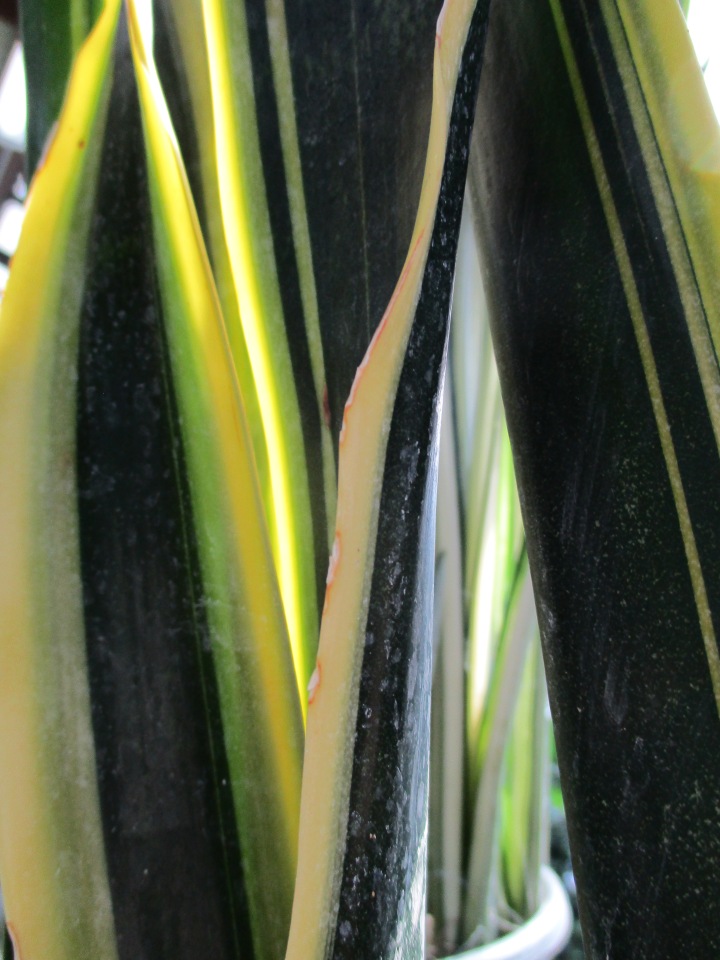 It is not science fiction. It involves neither ninjas nor turtles. Cultivars really are mutant plants that can only be propagated by cloning. The word ‘cultivar’ is a portmanteau (two words combined into a single word) of ‘cultivated’ and ‘variety’. Unlike other varieties of plants that can be perpetuated by seed, cultivars must be cultivated by unnatural techniques to maintain their genetic distinction.

The variety ‘Alamo Fire’ is now sufficiently genetically stable to perpetuate itself, which means that subsequent generations will also bloom with maroon flowers. However, a few blue flowers might bloom in any generation; and unless they are weeded out before producing seed, they will eventually dominate until the entire colony reverts from maroon back to the more genetically stable blue.

‘Meyer’ lemon is an example of a cultivar. It must be propagated vegetatively by cuttings, or perhaps grafted onto understock. In other words, it must be cloned. It is a genetically unstable hybrid of a lemon and an orange, so plants grown from their seed would be very different from the parent. Many hybrids are so genetically unstable that they are sterile, and unable to produce viable seed.

Many variegated or dwarf cultivars of all sorts of plants are not hybrids, but are mutants. It is common for some arborvitaes to produce ‘sports’, which are simply mutant growth that is somehow different from the original growth. If a sport has a desirable characteristic, such as densely compact growth, variegation, or golden foliage, it can be cloned as a cultivar. Just like ‘Meyer’ lemon, a dwarf golden arborvitae is very unlikely to produce genetically similar seedlings.

12 thoughts on “Cultivars Are The Real Cloned Mutants”