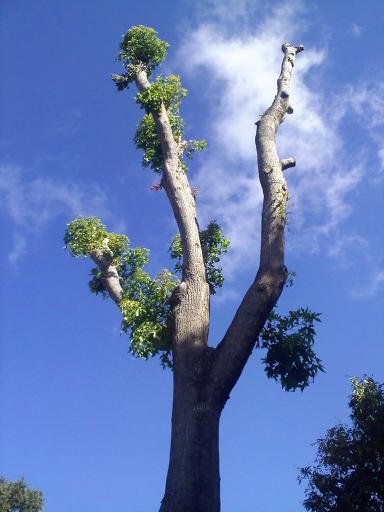 This is not a sequel to my rant ‘Real Deal’ from yesterday. It is just another rant. I should write more such rants; and I am actually considering designating Wednesday, as the day for discussion of the various hooey in horticulture, from some of the many fads and gimmicks to the lack of professionalism in the horticultural industries. Wednesday is the day between my current gardening column articles and the gardening column articles that are recycled from last year. There is certainly no shortage of hooey to discuss. I have been mostly polite about it so far. I sometimes wonder why I should bother with politeness. I sort of think that some would prefer more honesty than such unfounded pleasantries. Well, I can give more thought to that later. There are still a few more pleasant topics that should be discussed as well. For now, I will continue:

Many years ago, while driving the delivery truck, I took a few orders to various jobs of a particularly annoying ‘landscape designer’ in Contra Costa and Alameda Counties. His orders were never planned. He would come to the nursery and just pick out random plants that he thought were interesting, including many that happened to be on the side of the road waiting to be taken away for disposal. (Overgrown and disfigured rhododendrons that get junked often bloom better than plants of better quality because they are more mature.) His landscape design was planned in the same manner. He just planted things wherever he though they looked good. There was no thought to the preferences of the various cultivars, exposure, irrigation, the trees above . . . or anything. He landscaped right around whatever happened to be in the way, including dead trees, fences overwhelmed with ivy, and dilapidated carcases of old brick barbecue pits that were beyond repair. I really disliked being on his job sites.

During one such deliver, he explained to me that he had been a chiropractor. He got bored with his career, and decided to do something more fun, so decided to become a landscape designer. He enjoyed buying pretty blooming plants in nurseries and wearing khaki shorts and big straw hats to work like all the landscapers with something to prove do.

My comment to him was that my career as a horticulturist was so much hard work and so frustrating at times that maybe I should also consider a career change. Perhaps I should consider becoming a chiropractor. If someone without ANY education or experience in horticulture or design . . . or anything even remotely useful in the landscape design industry can become a landscape designer, than it should be just as easy to become a chiropractor, despite a lack in formal education or experience in the industry.