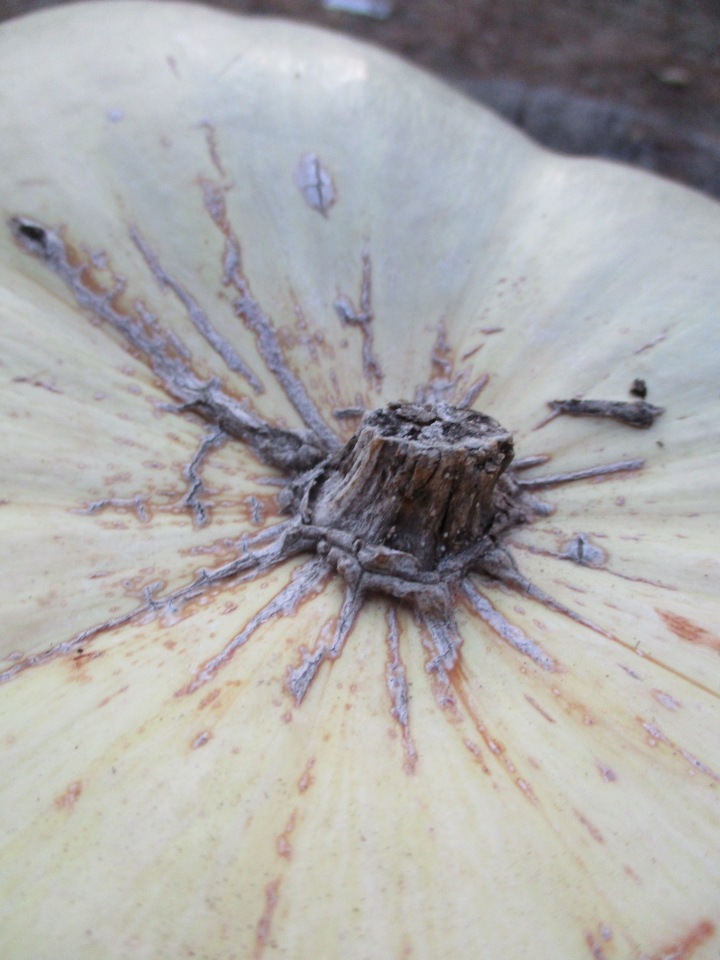 Their creamy white exteriors do not reveal much about the flavor within. They looks like they might taste like vanilla, or coconut, . . . or maybe Swiss cheese. Below the white skins, white pumpkins (Curcubita pepo) have orange flesh that really tastes like other pumpkins, but maybe a bit milder, like ‘pumpkin-light’. They are popular because they look so cool, and make great jack-o-lanterns.

They take a while to mature, so pumpkin plants should get into the garden as soon as weather is warm enough for them in spring. They can be grown from seed sown directly, or from seedlings. They want rich soil, and need to be watered regularly in order to grow evenly through summer. The annual vines sprawl on the ground, producing only one or a few fruits each, finishing by first frost.

Popular varieties of white pumpkin, like ‘Cotton Candy’, ‘Lumina’, ‘Casper’ and ‘Silver Moon’ can weight more than ten pounds. Less common ‘Full Moon’ can get to be seventy-five pounds! White pumpkins makes as many edible flowers as orange pumpkins make, but not as many seeds. ‘Baby Boo’ and ‘Gooligan’ weigh less than a pound, and are only a few inches wide, so are inedible.