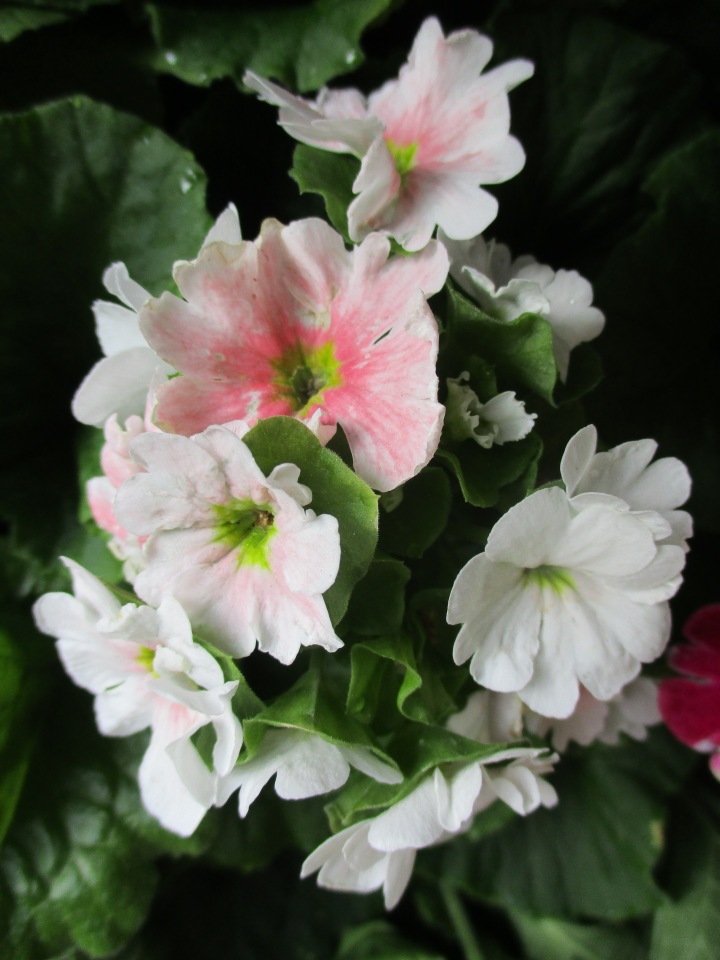 Just like African marigold that was featured earlier is actually Mexican, German primrose, Primula obconica, is actually Chinese. As odd as it is, the common name is an improvement from the former name of ‘poison primrose’, which was derived from the potentially irritating sap of the unimproved species before it was bred to be less toxic, as well as more colorful and prolific in bloom.

Here where winters are mild, German primrose is a short term perennial that is mostly grown as a cool season annual. Most of us do not bother to keep them alive as their foliage deteriorates in warm spring and summer weather. It is easier to plant new ones next autumn. They want rich soil and regular watering until rainy weather takes over. Deadheading promotes subsequent bloom.

Foliage should not get much higher than six inches. Flowers stand a few inches higher, and can get almost as high as a foot. Individual flowers can be as wide as an inch, and they bloom with several others in domed trusses that might be a few inches wide. Bloom can be white or pastel hues of pink, lavender, blue, peachy orange, salmon, rose or soft maroon, some with white edges.