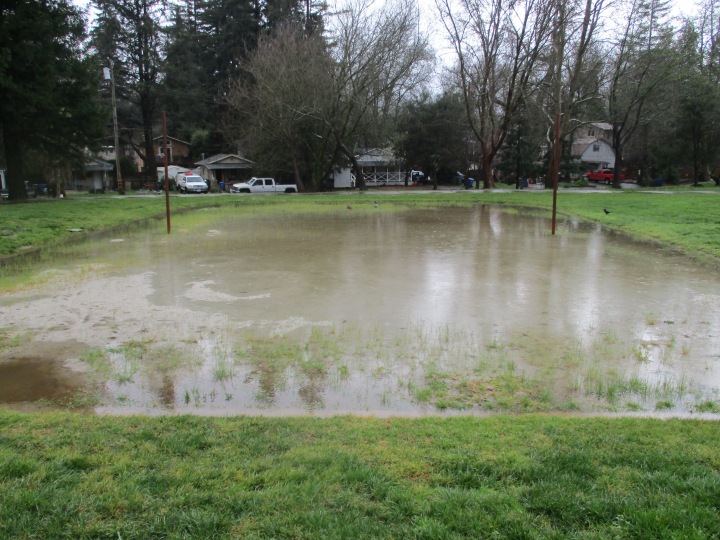 Supposedly, all this rain has not been too terribly excessive. It seems to have been raining more frequently than it normally does, with only a few days without rain in between, and more often, many consecutive days of rain. The rain also seems to be heavier than it normally is. Yet, the total rainfall is not too much more than what is average for this time of year, and well within a normal range.
The volleyball court at Felton Covered Bridge Park looks more like a water polo court at the moment. The pair of ducks out of focus on the far side seem to dig it. The water is not as turbulent at it is the San Lorenzo River where they live.
Speaking of the San Lorenzo River, it has been flowing very well and at a relatively continuous rate. It came up high only for a short while. None of the heaviest downpours lasted long enough to keep it very high for very long. The ivied log laying in the river in the middle of the picture below was an upright cottonwood tree only recently, but fell into the river as many riverbank cottonwoods do when the ground is softened by rain and higher water. 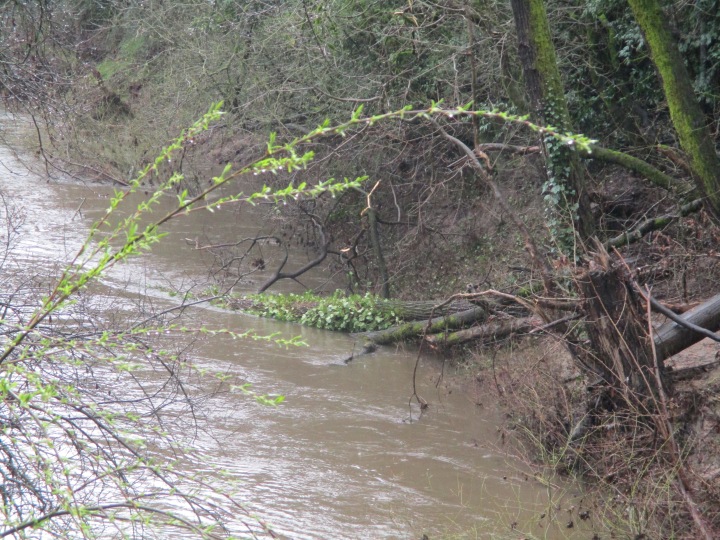 When things get as soggy as they are now, this great blue heron strolls the lawn at Felton Covered Bridge Park, probably because the San Lorenzo River is too turbulent, and also because the worms that live in the lawn come to the surface as the lawn gets saturated. He or she is never in a hurry, but just strolls about slowly, occasionally prodding the muddy soil. However, when it wants to move fast, it is quick enough to catch small frogs. Supposedly, this great blue heron caught and ATE a small gopher! 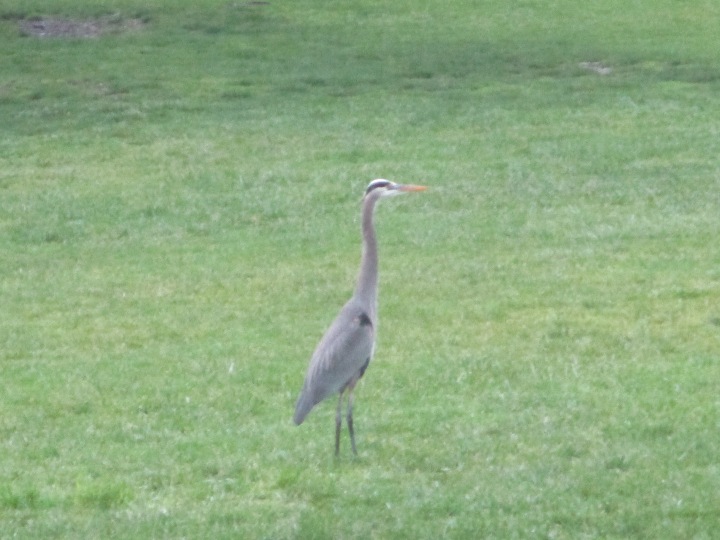