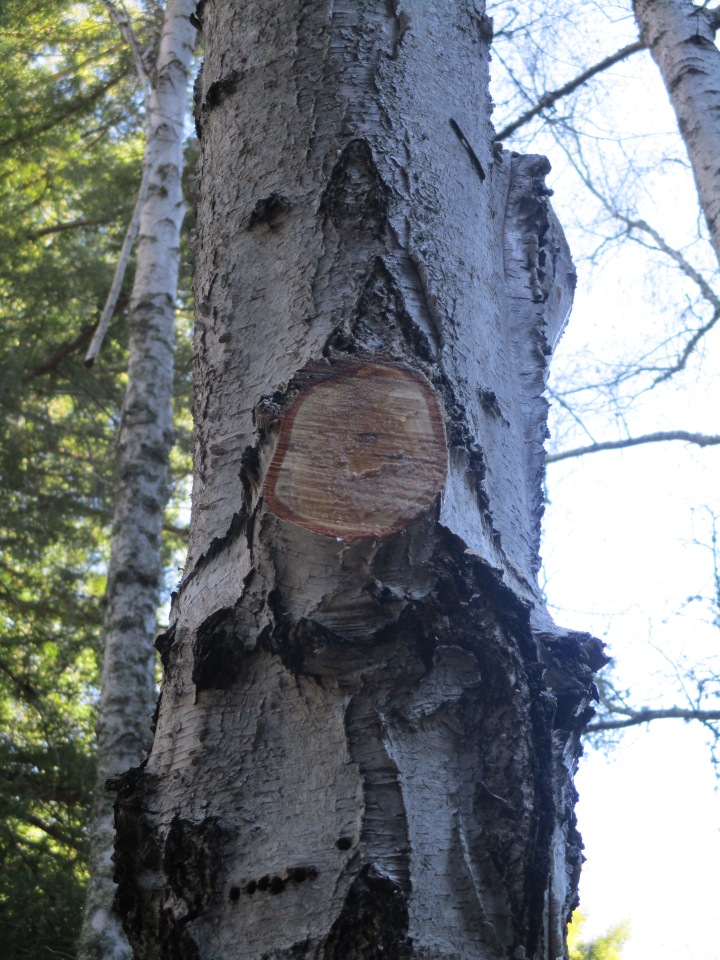 There is no sugaring season here. Spring comes on too suddenly. By the time sap starts to flow, buds are already swelling.

Bigleaf maple, Acer macrophyllum, happens to be native here, although it is not common. It is the sugaring maple of the Pacific Northwest. A tree next to my driveway gave me enough sap to boil about four ounces of maple syrup a few years ago. That was all I needed to make the point to my colleagues who insisted that it could not be done that it really could be done.

Box elder, Acer negundo, is also native, and in riparian zones, is much more common than bigleaf maples is. I am told that is provides sap for sugaring just like any other maple does. Some say the sap is of inferior quality, or boils to cloudy syrup. Others say that it is comparable to that of any other maple.

Now that I made my point about getting a tiny bit of syrup from a bigleaf maple tree, I have no intention of sugaring again. However, sugaring season is still something that I need to be aware of. It is when I can not prune the maple trees. I can prune them earlier in winter or later in summer, but not while they are most vascularly active during sugaring season. Otherwise, they don’t stop bleeding. Even if the bleeding is harmless, it is unsightly if it stains the trunks and becomes infested with sooty mold as the weather warms.

I pruned a few of the European white birch, Betula pendula, at work last week, believing that it was still too early for them to be too active. It was not much at all, and involved only a few small upper limbs and two significant lower limbs that had been disfigured by pruning for clearance from adjacent utility cables. I did not notice bleeding from the small stubbed limbs that I pruned from high in the canopy with a pole saw. Yet, the sap started to pour from the pruning wounds before I finished cutting away the two larger lower limbs that happened to be on the same tree. They are still bleeding now. In fact, they are bleeding so much that I feel badly that the tree is losing so much sap. If I had known how much sap would bleed, I could have put a bucket under each of the two wounds to catch the sap to make a small bit of syrup as is done in Alaska.