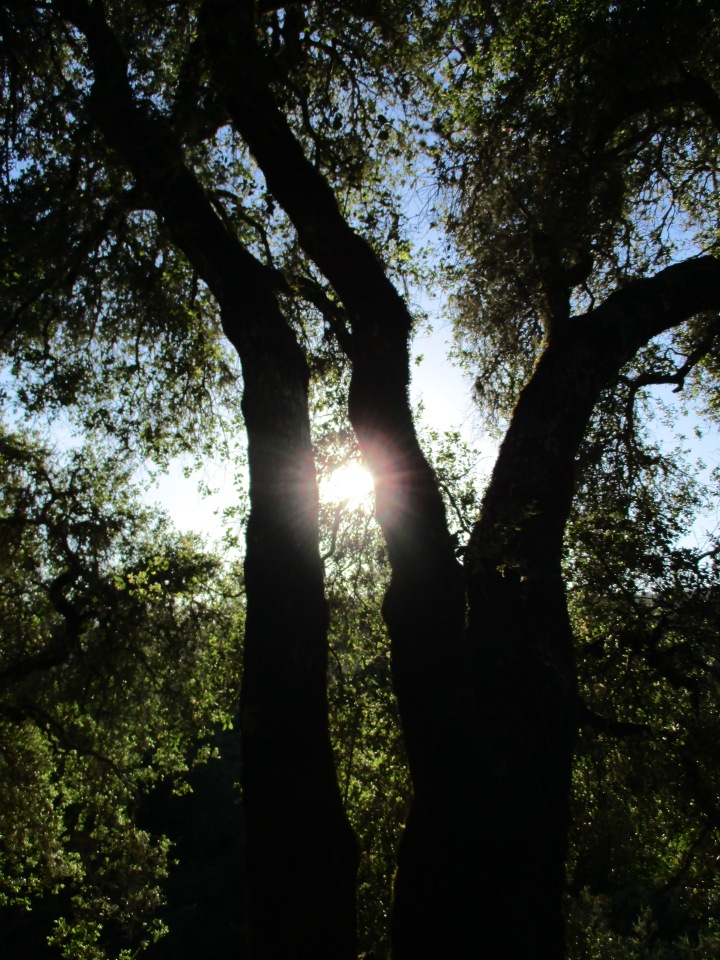 Modern urban lifestyles are becoming less conducive to gardening all the time. Bigger and taller homes cast larger shadows over smaller garden spaces. The taller fences between these homes do not help. The densely evergreen trees employed to obscure the views of other larger and taller homes also obscure sunlight. Not much sunlight reaches the ground where shorter plants need it.

There are quite a few plants that do not mind a bit of shade. Heavenly bamboo, flowering maple, hydrangea, camellia, azalea, rhododendron, holly, daphne and andromeda (Pieris spp.) are some of the more familiar shade tolerant shrubbery; but alas, none are drought tolerant. Nor are the various ferns. Even small shade tolerant trees like dogwood want to be watered regularly.

Most of the plants that tolerate shade but are not too terribly thirsty are groundcover plants or perennials. They are not exactly drought tolerant, but can survive with minimal watering because they do not dry out so much in the shade. Once established in a cool shady environment, plumbago, lily turf, periwinkle Saint John’s wort and coral bells (Heuchera spp.) only need to be watered occasionally through summery weather, although they are thirstier in sunny spots. Both English and Algerian ivy need nothing in the shade.

9 thoughts on “Rain On The Shade Parade”