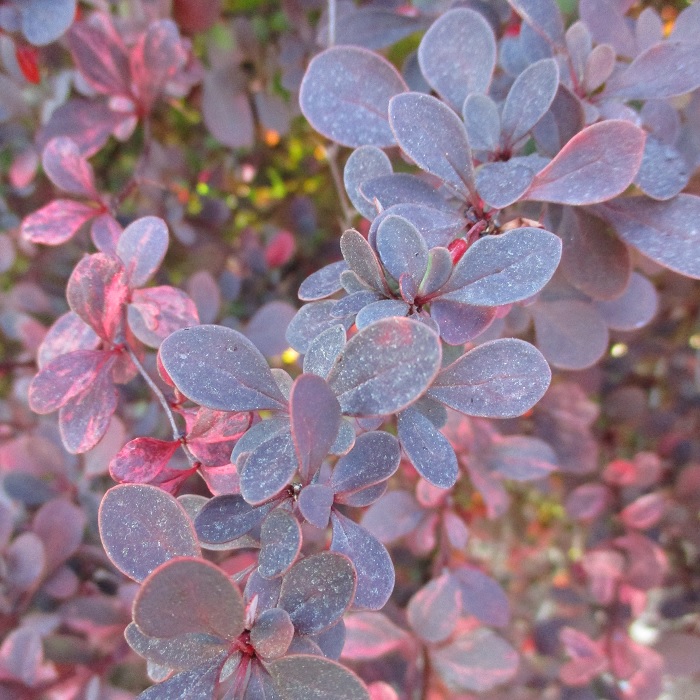 It may not look too nasty, but barberry, Berberis thunbergii, is the sort of small hedge that one goes through only once. It does not have big strong branches to hold anyone back. In fact, the limber branches are quite twiggy. The tiny spines are not impressive either, and might go unnoticed by cursory observation. Yet, they are sharp enough and plentiful enough to make quite an impression!

Because it is so unpleasant to prune, barberry should probably be planted where it has room to grow as big as it wants to without bothering anyone. If it is too close to walkways, it will either offend whomever bumps into it, or whomever needs to prune it to keep it out of the way. Mature plants will unfortunately need to be pruned eventually, so that old deteriorating stems can be groomed out.

The most popular cultivars of barberry have dark reddish or purplish foliage. A few are variegated with white; and a few have golden foliage. Green barberries are now uncommon. The tiny leaves turn bright orange in autumn before winter defoliation. Densely dwarf cultivars may not get much taller than two feet. Taller cultivars might get taller than six feet. Some barberries are very vertical.