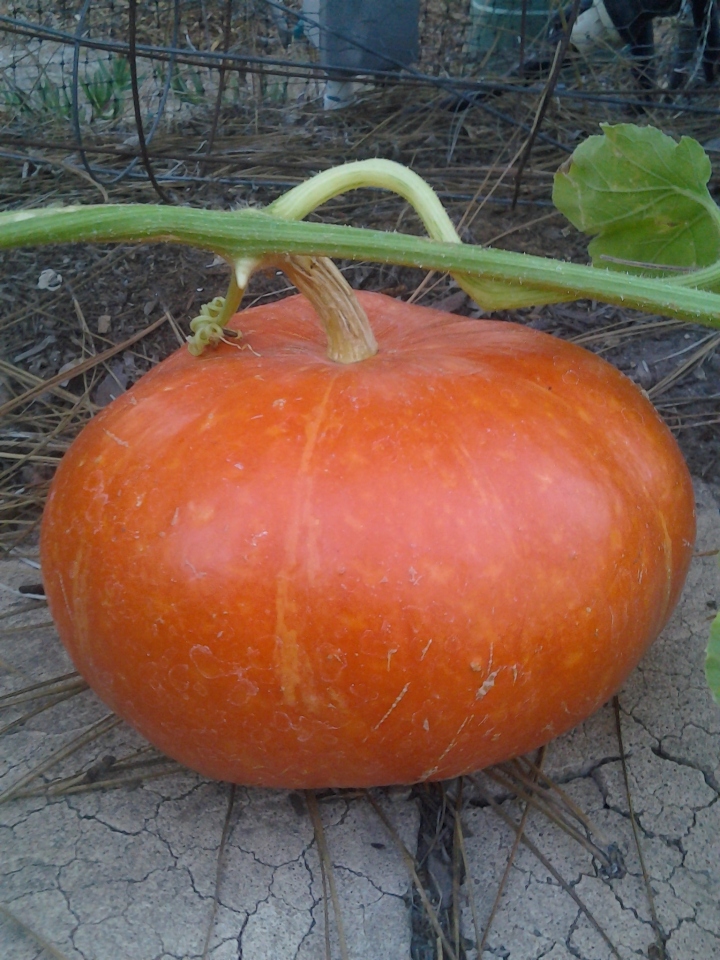 Actually, it is a fruit; a rather BIG fruit. It happens to be one of the more familiar of winter squash, but is not too commonly eaten. Although it makes excellent pie, and provides edible seeds and flowers, pumpkin is more popularly known as jack-o’-lanterns or Cinderella’s ride to the ball. Pumpkin is not for every garden, since each big and coarsely foliated annual vine needs regular watering, rich soil and considerable space to grow all through summer to produce only one or two big fruit in autumn.

Most pumpkins are big and round, and have smooth and bright orange skin. Those grown for jack-o’-lanterns are brighter orange, and not quite as meaty. Those grown for pie are often a bit smaller and meatier, with a rustier orange color. The biggest pumpkins get too huge to move easily, but lack flavor. The flavors and densities of many weird modern varieties are as variable as the green, red, pink, yellow and white hues of their skins. Some pumpkins have been developed specifically for their seeds, which are known as pepitas, or are used for production of pumpkin seed oil.