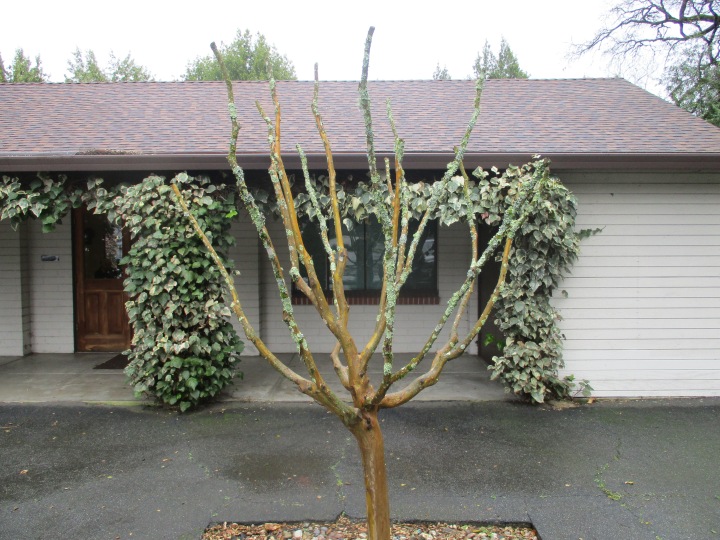 The internet makes it possible to communicate with people who enjoy gardening all over the World. It can be amusing to hear what garden enthusiasts in Australia are doing now in early summer. Is it always summer in Ecuador? A common theme in much of America is that there is not much gardening to do right now. It might be more accurate to say that no one wants to go out in the cold.

Where winter weather is too unpleasantly cold to work in the garden, many winter chores can either be done earlier in late autumn, or delayed until early spring. Such scheduling is not a problem, since the plants involved are so deeply dormant through such cold weather anyway. Until the weather warms a bit, they do not want to work in their gardens either. Scheduling is very different here.

Not only does mild weather facilitate gardening chores, but it necessitates the completion of certain chores before the end of winter. Many plants that are mostly dormant while the weather is cool are actually dispersing their roots now that the soil is moistened by winter rain. They will be ready to break dormancy weeks before they would where winters are colder. There is no time for delay.

With a few exceptions, winter is the season for pruning here. Maples and birches should have been pruned earlier, or should be pruned later, so that they do not bleed sap. Citrus get pruned and groomed after the last frost because pruning stimulates new growth that is sensitive to frost. Early blooming flowering crabapples, flowering cherries and forsythias should get pruned after bloom.

Otherwise, most deciduous plants and many evergreen plants should be pruned in winter, while they are as dormant as they get. Pruning now will be less disruptive than it would be while they are more active. They wake up in spring and resume growth as if nothing happened, but relieved of the superfluous growth that was pruned away. Winter pruning is what fits best into their schedules.

Of all plants in the garden, deciduous fruit trees and roses rely on specialized pruning more than most others.

2 thoughts on “Winter Is For Dormant Pruning”