These arborvitae and barberry have done well during the past three years. 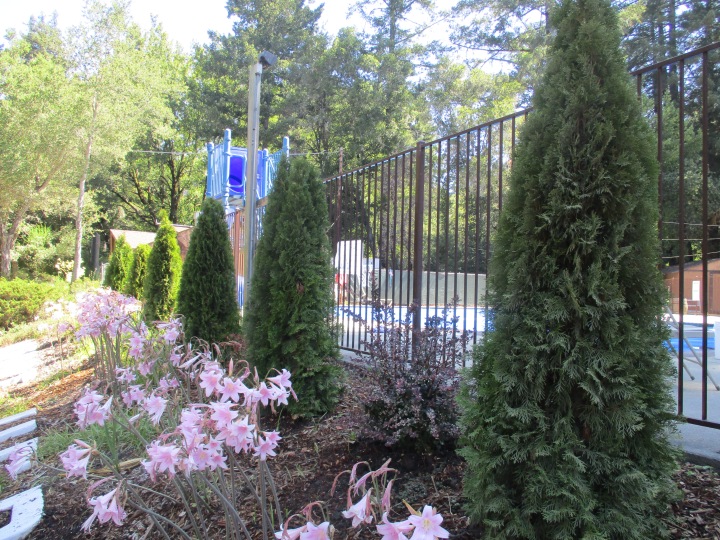 ‘Six on Saturday’ is a weekly tradition for many of us who enjoy sharing six horticulturally oriented pictures on Saturday. I just did it earlier this morning.

This is not ‘Six on Saturday’. It is just one picture of six arborvitae. What’s worse is that there is an indistinguishable seventh at the far end of the row. It blends into the sixth in this picture. There are seven barberry between them, with the seventh beyond the last arborvitae. This picture was taken more than a week ago, so most of the amaryllis are done blooming now.

This row of arborvitae and barberry was installed early last winter, after a grungy hedge of photinia was removed. It would have been nice to salvage the photinia, but they were such a mess that the process would have taken more than two years, and even then, would have been patchy.