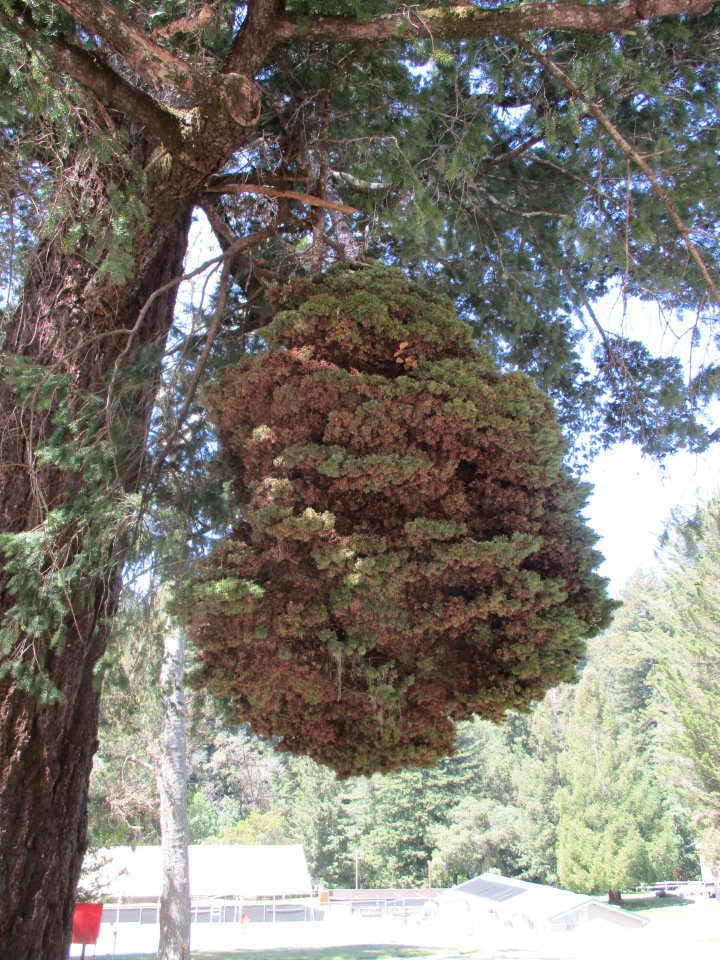 Not just any sport; a witch’s broom sport! Remember the quidditch tournament of the first Harry Potter Movie? Well, it has nothing to do with that. You should not be watching such movies anyway.

This sort of ‘sport’ is merely a genetic variant growth. This particular sport happens to be known as a ‘witch’s broom’.

There is quite a variety of other sports.

Sometimes, a plant is going along minding its own business, when all of a sudden, it produces a stem with variegated leaves. Unlike the plain green leaves on the rest of the plant, the leaves on the sport are outfitted with white margins. In the wild, such a sport would probably not last long. Since it has less chlorophyll than the unvariegated foliage, it would grow slower, so would eventually be overwhelmed and shaded out by the more vigorous greener foliage. However, if someone happens to find this variegated sport, and determines that the variegation might be an attribute, it can be propagated as a new variegated cultivar of the species.

Sometimes, a plant is going along minding its own business, when all of a sudden, it produces a stem with bronzed foliage, or gold foliage, or leaves that are shaped differently from those on the rest of the plant. Perhaps new stems are more pendulous than they normally are. Sometimes, growth is more compact. It might even be rather stunted and disfigured, branching into a tuft of densely arranged twiggy stems known as a ‘witch’s broom’.

This massive witch’s broom happens to be on a Douglas fir. It has been here for decades. It sure is ugly, but also interesting. It could be interesting enough to be reproduced.