How can a professional ‘gardener’ leave such a stub on the little California black oak in Felton Covered Bridge Park. It is not as if it is high in the canopy of a large tree, and out of reach to an arborist. This one is right at eye level, exactly where someone getting out of a car parked in the adjacent parking space would run into it. The entire tree needs some major corrective pruning, which would include the removal of significant limbs and portions of the canopy, but that is only because of years of neglect, and is another story. Right now, we are focusing on the eye-level stub.

It is not easy to see in these pictures because the lower branches are so congested. The stub extends from the lower left to the upper right in the first picture. It is right in the center of the second picture, protruding upward and to the left of the trunk, and then kinking back to the right. The last picture shows how easy it would be to reach from the ground. This particular tree is located right across from the Memorial Tree. https://tonytomeo.wordpress.com/2018/04/15/memorial-tree-update-to-the-updated-update-etc-the-sequel-to-all-those-other-sequels/

We are always taught to not leave stubs. They interfere with compartmentalization of the pruning wound, or in this case, grow back into a disfigured wad of useless growth that will just need to be removed later. This poor tree already has plenty structural problems. Even if it were not unhealthy for the tree, it is just plain unsightly. Seriously, this looks ridiculous.

‘Gardeners’ do it all the time, as if they all take the same class on ‘how to leave stubs’. What was the advantage to cutting the limb right there instead of two feet closer to the trunk to eliminate the entire stub? 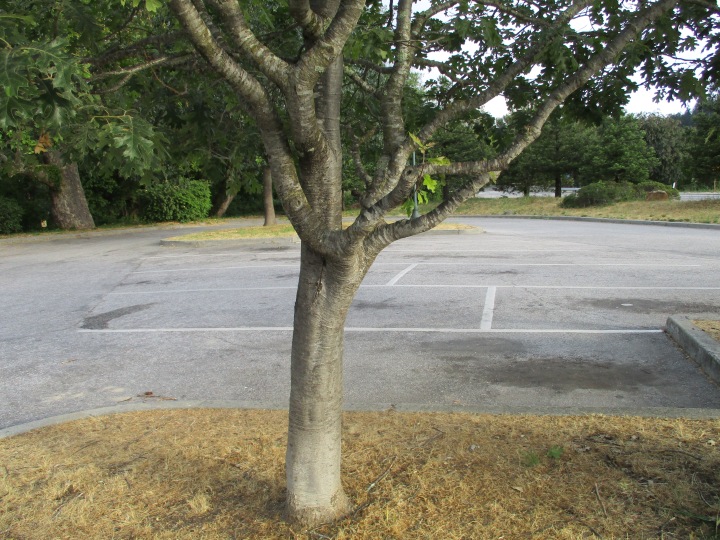