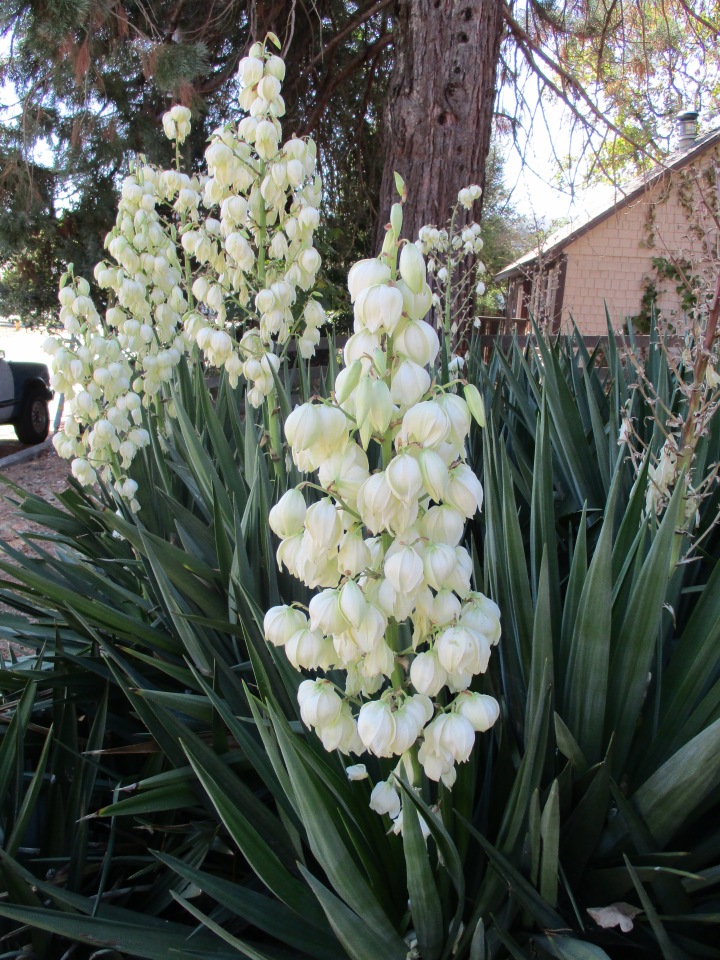 The gardens with the most flowers need the most deadheading. This involves the removal of deteriorating flowers and any developing fruiting structures and seed associated with them so that they do not divert resources from subsequent bloom or vegetative growth. Old flowers that do not produce seed because they are sterile or lack pollinators might get deadheaded too if unsightly.

Deadheading is not for everyone though. Flowers up in trees, big shrubbery or large vines are obviously out of reach. Many annuals, like alyssum and nasturtium, produce far too many flowers to be deadheaded. Most plants bloom and disperse seed without bothering anyone, or even getting noticed. Bougainvillea blooms too flamboyantly to miss, but then sheds neatly without any help.

Bougainvillea does not set seed anyway. The insects that naturally pollinate it within its native range in the Amazon River Basin probably do not live here. Yuccas that live far from their native range likewise lack the specific yucca moth that they rely on for pollination, although some get pollinated by accident. Big yucca stalks get deadheaded just because they are not appealing after bloom.

What is more fun than what gets deadhead is what does not get deadhead. The alyssum and nasturtium mentioned earlier naturally naturalize where they get watered. They toss so many seed around that they can replace themselves as readily as the old plants die out. California poppy, cosmos, calendula, campion, and many other annuals as well as a few perennials, can do the same.

Besides that, there are all sorts of seed that can be collected from old flowers for the following season. Each variety of flower finishes in its own season. Each variety likewise gets sown in its own season. It is not necessary to leave all fading flowers if only a few can provide enough seed for later. It is important to remember that hybridized and some overly bred cultivars do not produce viable seed, and that subsequent generations of the fancier varieties will revert to be more similar to their simpler ancestral parents.

12 thoughts on “Saving Seed For Next Season”