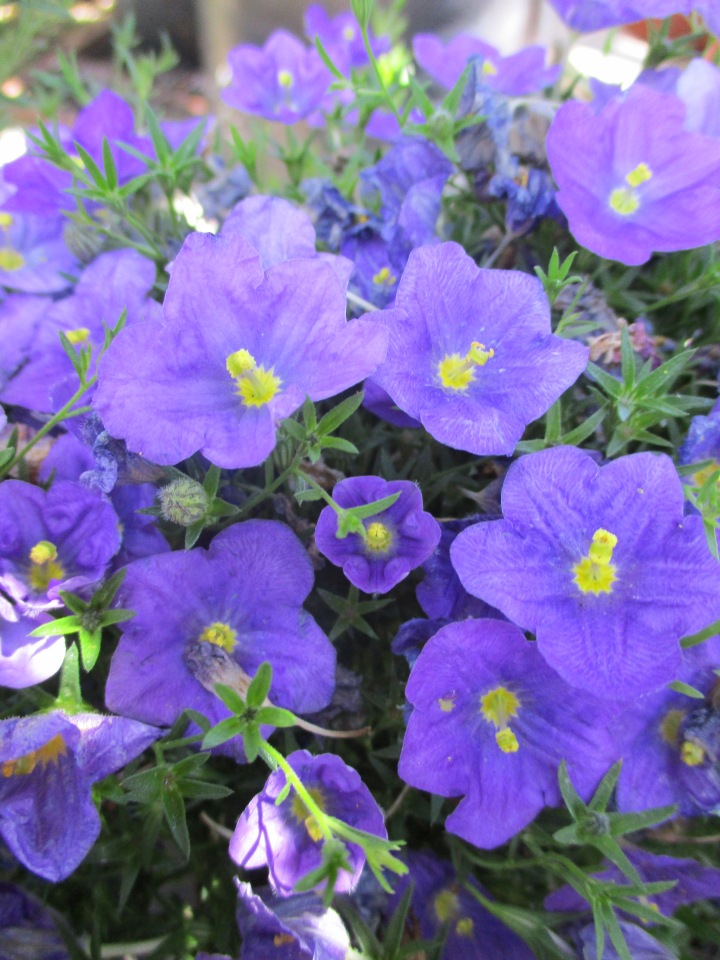 When first created by Chrysler, the Imperial was considered to be so close to perfection that fancy colors were unnecessary. It was originally only available in black or white, and later red, like the Chrysler Imperial rose that was named for it. It took a while for other colors to become available. Perhaps perfection is the same reason why nierembergia is only blue or white, or maybe purple.

Nierembergia is most popularly grown as a warm season annual for color from the middle of summer to autumn. It can get half a foot high and a foot wide. As a perennial, it has the potential to get twice as high and wide after its first year, but it lasts only a few years, and looks rather shabby through cool winter weather. The small flowers are evenly dispersed over the finely textured foliage, lacking only on the shaded sides of the densely rounded plants.

Because it gets a bit deeper than most other annuals, nierembergia is a nice transitional plant between lower annuals that might cascade over the edge of a planter in front, and higher or more upright perennials or shrubbery that might obscure a foundation behind. It can work alone too, but does not cascade from planters, big pots or hanging baskets.