Now we have a bit more variety than the last batch of six.

Red stem dogwood of the first and second pictures is the only species that is locally native. The California currant of the fourth picture, and the California black walnut of the fifth picture are both as native to California as the names imply, but are not native locally. The flowering dogwood of the third picture is from Eastern North America. You can guess the origin of the Chinese wisteria of the sixth picture, which happens to be the only vine represented in all four groups of six pictures.

The first three of the six pictures, or half, are of dogwood. The first two pictures are the only two in all four groups of six pictures that are the same species, namely red stem dogwood. Both were posted just to demonstrate that red twig dogwood, which typically turns only pale yellow like the foliage of the first picture, can develop a bit of red foliage like that of the second picture, if conditions are just so. Both the red stem dogwood of the second picture, and the flowering dogwood of the third picture, are the first two examples of red foliage from my four groups of six pictures. In the next two groups of six pictures, there is only one other example of bright red foliage, as well as an example of brown foliage, and an example of irregularly bronzed orange foliage. Those are topics for next week. 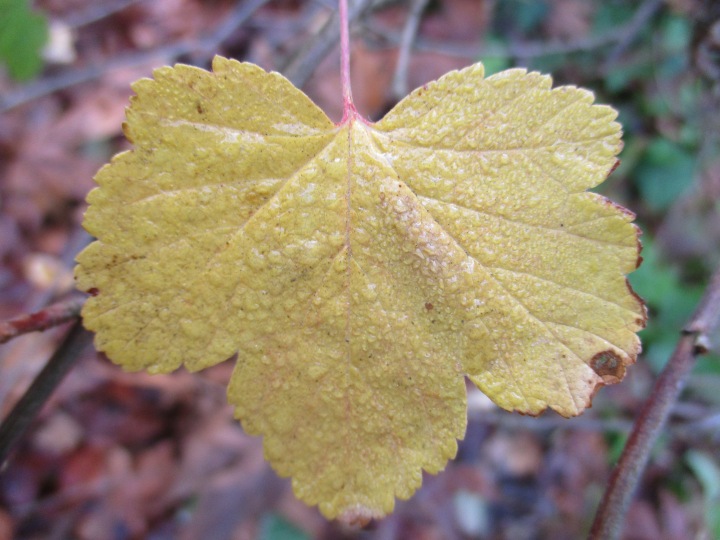 11 thoughts on “Six on Saturday: Too Much Autumn Color II – Natives & Exotics”