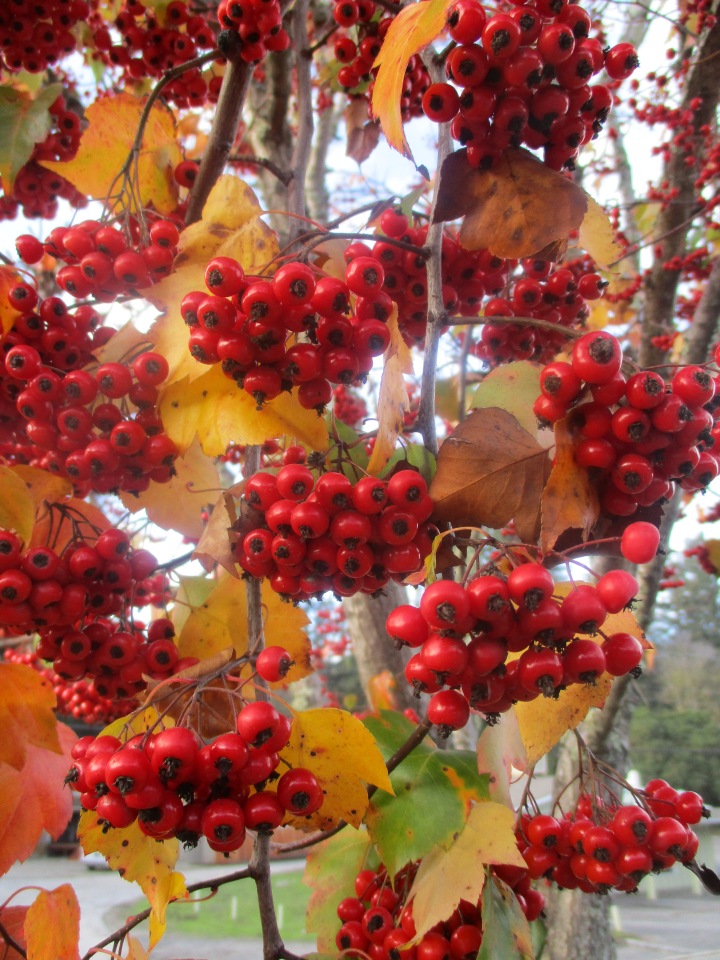 The first specie to be imported to North America from Europe were utilitarian plants that produced fruits, vegetables or other horticultural products. English hawthorn, Crataegus laevigata, was likely one of the first ornamental specie to be imported merely because those who were familiar with it appreciated the delightful white spring bloom and the rich red berries in autumn and winter.

The biggest trees should not get much higher than second story eaves, but the handsomely coarse texture of the bark, furrowed trunks and almost oaken foliar texture make these relatively small trees seem rather grand. Unfortunately, the stems, particularly the most vigorous, are quite thorny. The lobed leaves are about one or two inches long and wide, and might turn orange in autumn.

The trusses of small white flowers that bloom in spring resemble those of pear, and like pear bloom, produce a musky fragrance that some might find objectionable. Some cultivars and hybrids bloom with less fragrant pink, double pink or double red flowers. Some produce orange or yellow berries. If birds to not take them too quickly, the pendulous trusses of berries can last into winter.