There are certainly more impressive flowers at work. I suppose I should have gotten pictures of them. Instead, I just took these six pictures within minimal proximity to a where I happened to be working on Wednesday. I thought they would be more interesting than they are. I wanted to get a picture of the laurustinus #4 because others have been posting pictures of the same as if it is something important. Flowering quince #6 is my favorite here, and the only one that was not planted into the landscape. It grew from the roots of an old specimen that was in front of an old home that was demolished to redevelop the site. Because of it’s resiliency, we want to pull up some of the layered stems (that rooted where they lay on the soil) to plant in elsewhere.

1. Garrya elliptica – silktassel bloomed with very pendulous light beige blooms quite some time ago. These lasted longer than others in partial shade, but are now turning tan and getting dry. Silktassel is native here.

2. Rosmarinus officinalis ‘Prostratus’ – trailing rosemary seems to bloom continually. I do not remember it without bloom here. Bees, which are active in all but the coolest of weather, like how it always here for them. 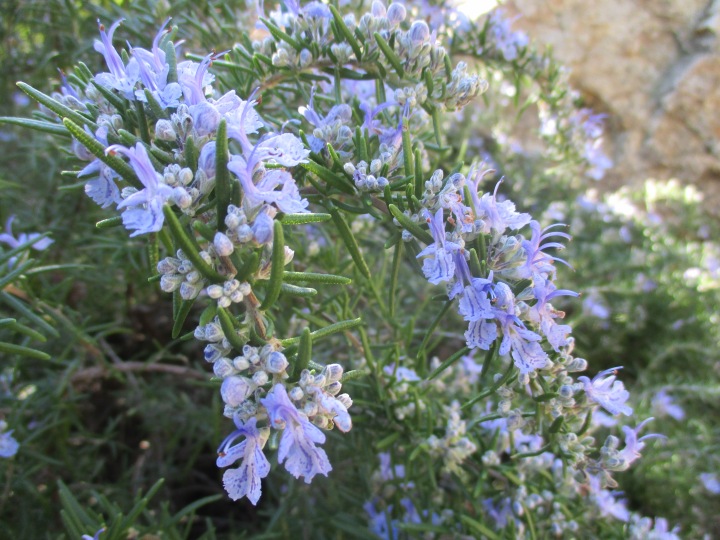 3. Arctostaphylos densiflora ‘Howard McMinn’ – Howard McMinn manzanita is a garden variety or cultivar of a species that is native not far north of here. I sort of think these waxy white flowers are too tiny to impress.

4. Vibrunum tinus ‘Spring Bouquet’ – laurustinus is actually blooming later here than where winters are colder. It naturalizes here. I suppose that those that grow from seed would not be of the same cultivar as the originals. 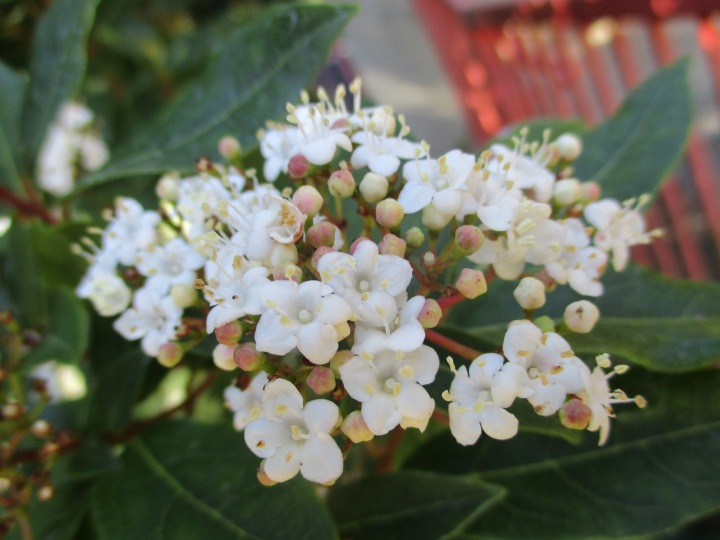 5. Prunus cerasifera – flowering plum is rather sparse here because of the partial shade of larger trees. I do not know what cultivar this one is. I am not even sure if it is Prunus cerasifera. It does not look familiar to me. 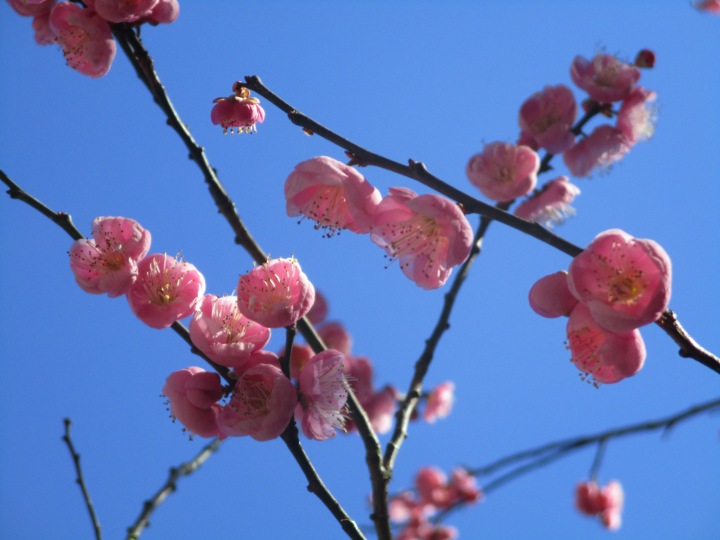 6. Chaenomeles speciosa – flowering quince is another one that I can not identify, although it seems to be the most common sort that I see about town.. I guessed the species, but will not even bother to guess a cultivar. 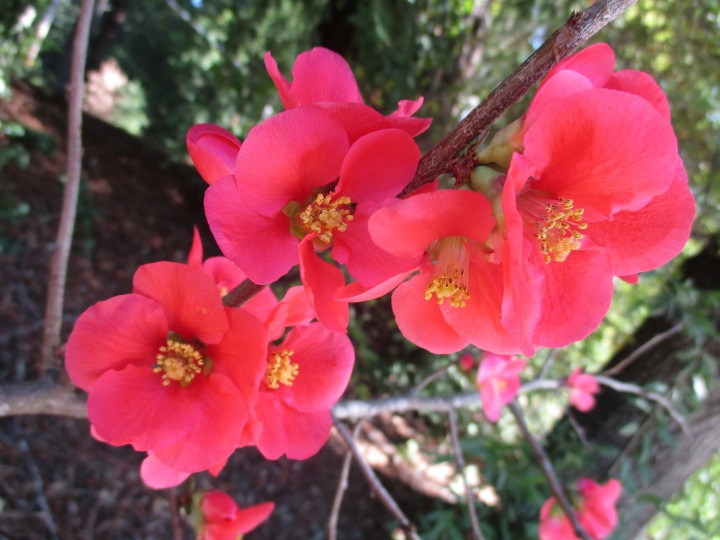