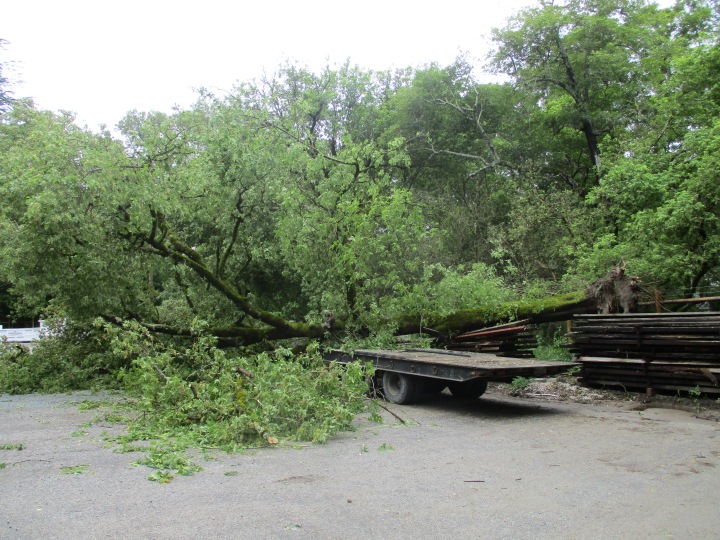 This is a formerly unplanned sequel to the article ‘Campground‘ from last Sunday. That article described my concern for any of the homeless who might camp on the banks of an adjacent creek, below innately unstable and structurally deficient riparian trees. Just a few minutes after the article posted at midnight, the biggest and most deteriorated box elder tree in the area of concern coincidentally fell! No one was there at the time to be hurt.
The tree that fell was located just a few yards to the right of those in the picture of the previous article. It happened to be the only tree that was inside the fence. Therefore, as it fell inward, it did not damage the fence. The trailer that it landed on is for heavy tractors, so was undamaged. Only the top few timbers of a pile of lumber that it landed on were broken, and only because the lumber was recently milled, and stacked so loosely to dry.
The upper picture at the top shows the fallen tree laying on the trailer and loosely stacked lumber, with its dislodged trunk suspended above the ground. The middle picture here shows the base of the dislodged trunk suspended pitiably above the ground, with no roots remaining attached to the soil. 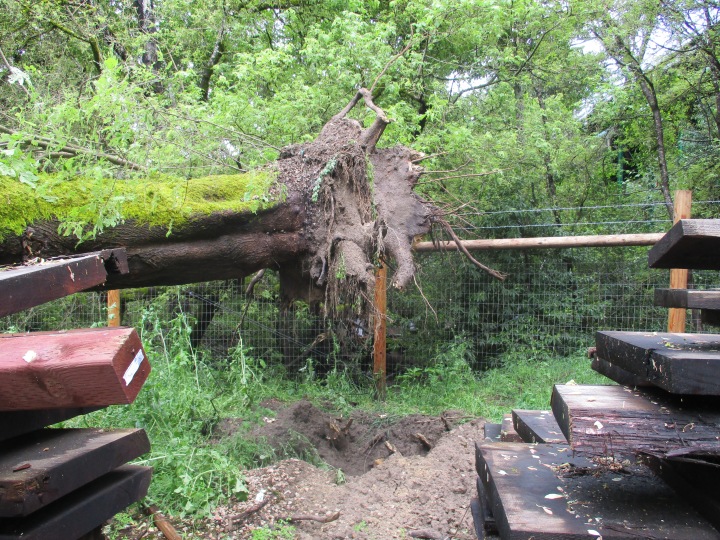 The lower picture below shows how efficiently the trunk pulled out of the crater as if there were no roots holding it down. The few roots that were there were so decayed that none stayed attached to the soil. It is amazing that the tree did not fall earlier! When if fell, it sounded just like one might imagine it would, with a loud but quick crash. There was no sound of tearing or crunching roots. Fortunately, there was no one else there to hear it! 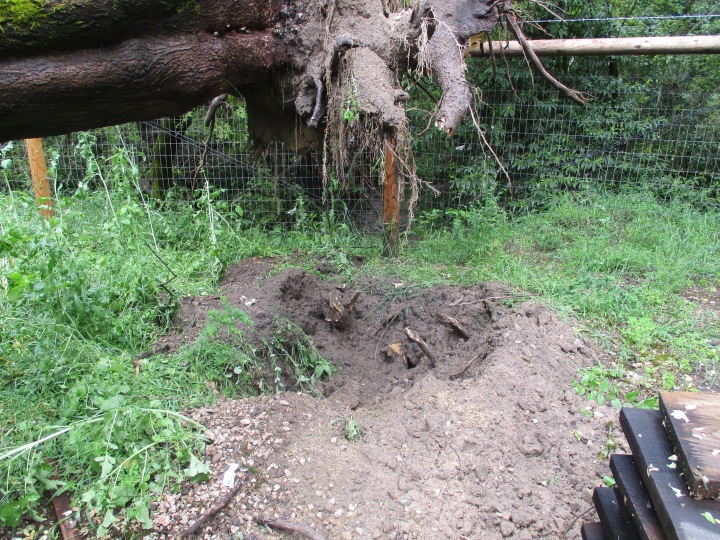