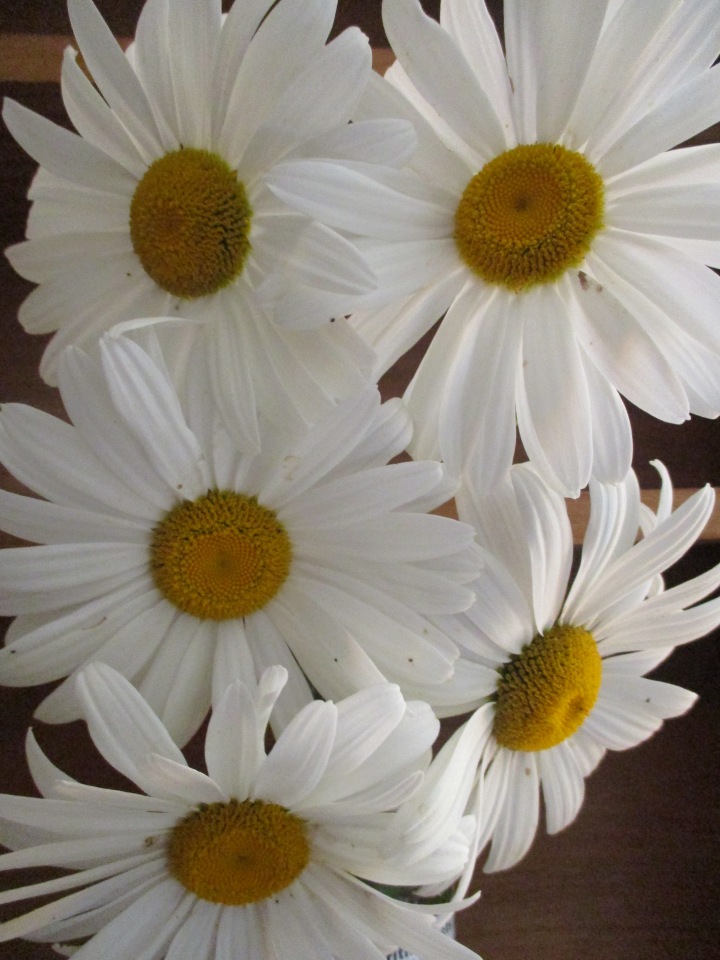 It just might be one of the most popular daisies nowadays, but Shasta daisy, Leucanthemum X superbum, is not a naturally occurring species. It was developed by Luther Burbank in 1890, as a complicated hybrid of four different species, one of which is of a different genus. Yet, it is somehow genetically stable enough to produce viable seed, although seed of cultivars is not true-to-type.

Shasta daisy is an herbaceous perennial that forms a substantial network of sturdy rhizomes that mostly stay close to the ground, with blooming stems that can get almost three feet tall. Primary bloom begins in late spring or early summer, and continues until autumn, either in minor subsequent phases or as sporadic bloom. Flowers are big classic white daisies with bright yellow centers.

Although it can survive neglect and lapses of watering, Shasta daisy prefers to be watered at least occasionally, and is much more appealing if flower stalks are pruned away as they finish. It likes full sun, but will tolerate a bit of shade through part of the day. Mature plants are easy to divide for propagation. If the odd aroma is not too objectionable, Shasta daisies are delightful cut flowers.