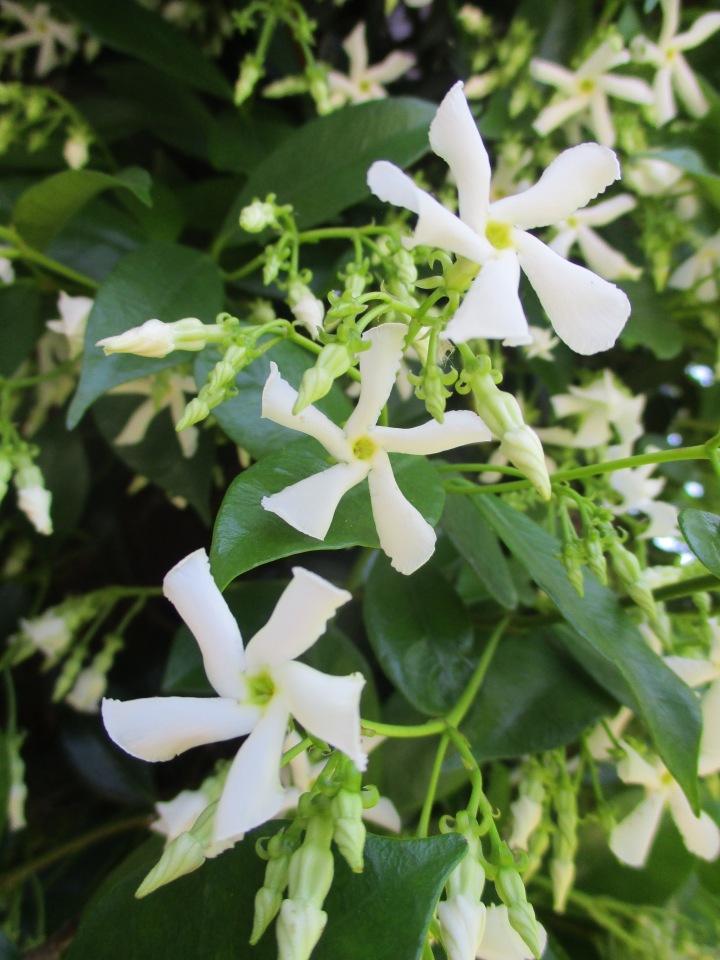 There is some debate about the origin of the common name of Confederate jasmine. Some attribute it to its popularity in the former Confederate States of America. Others believe it originated in the Malay Confederacy, much closer to its native range. That is irrelevant here, where we know this popular vine with very fragrant flowers simply as star jasmine, Trachelospermum jasminoides.

One might think that it is too common, but there are reasons for that. The dark green foliage is so delightfully glossy all year. As appealing as it is alone, it is even better as a contrasting backdrop for the small but strikingly white star shaped flowers that bloom in profusion about now, and continue to bloom sporadically for much of the rest of the year. The lavish fragrance is totally awesome!

The twining vines climb luxuriantly to about the height of first floor eaves. They can climb much higher, but higher growth takes a while to get as billowy as lower growth. However, it is more often grown as a shrubby ground cover, only about two feet deep. The simple leaves are two to three inches long, and one to one and a half inches wide. The clustered flowers are about an inch wide.