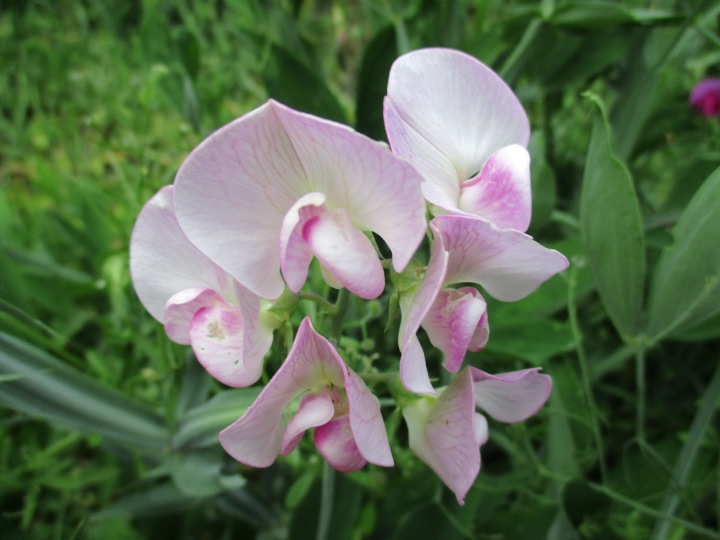 Generally, that is how they are. Almost all perennial pea flowers bloom with the same bright purplish pink color of the bloom in the picture below. That is, of course, before their pods develop, but you get the point. We sort of know what to expect from them.

As I mentioned in the ‘Six on Saturday‘ post last week, from which the picture below originated, variants like the pink bloom in the picture above are sometimes observed. The rare clear white flowers are my favorites. There might be fluffier double flowers too; although, in my opinion, the single flowers are prettier and look more like pea flowers should look.

I also mentioned last week that, although perennial pea has a sneaky way of growing where it is not wanted, it typically does not grow reliably from seed sown intentionally where it might actually be desirable. I have tried. The seed just did not cooperate. I managed to get a few to grow, but only because I put out a few hundred to compensate for the expected minimal rate of germination.

Because I like the white so much, I took seed from a vine that had bloomed with single white flowers. I figured that they would be more likely to produce a few white blooming progeny. I would have been satisfied if only a single vine in a group of several bloomed white, but got only a few vines that all bloomed with the typical bright purplish pink. They were pretty nonetheless, but were ironically removed when the site was redeveloped.

I also collected seed from vines that bloomed with the common single bright purplish pink flowers, just in case the viability rate of their seed might somehow be better. They were sown into a different situation, so even if I happened to know how many of the seed that were sown germinated and grew, it would not be an accurate comparison. Regardless, I was no more impressed with the result. Perennial pea is best appreciated as weed. 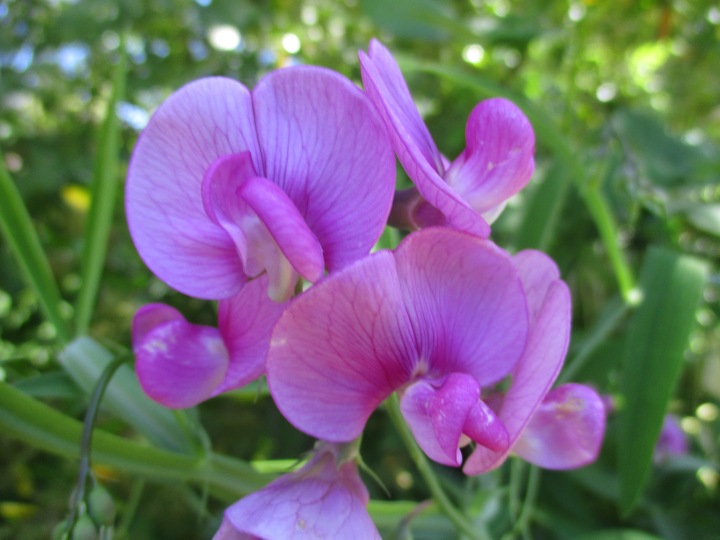