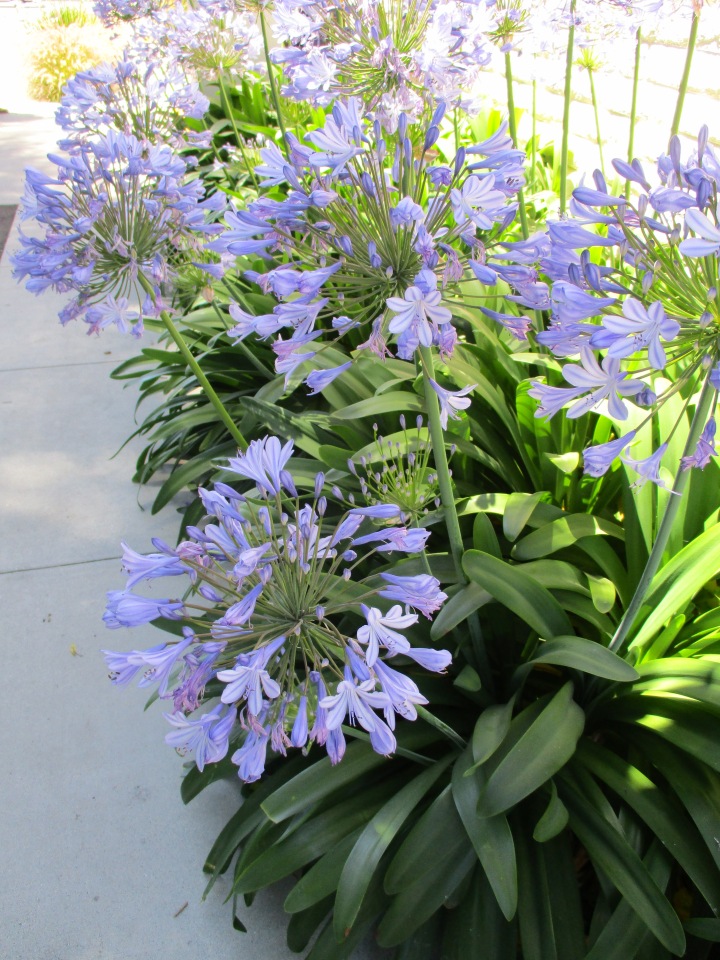 The original Dodge Dart, with the slant-six engine, was not much to look at, but was built to last. While cars were expected to last ten years or a hundred thousand miles, Darts easily lasted twice as long or twice as far. A few are still going now! Such resiliency really made a reputation for Dodge. The problem was that those who bought Darts had no need to buy another car for a long time.

That is a problem with sustainable plants too. Those that last too long, or are too easy to propagate, eliminate the need to buy new plants from nurseries. Many of the most traditional plants that have been popular for a long time probably earned their popularity by being so reliable and sustainable. These are the plants that the nursery industry would prefer to replace with newer varieties.

Good old fashioned lily of the Nile is about as tough and reliable as a perennial can be. If it gets crowded after a few years, it can be dug, divided and replanted over a much larger area, and even shared with friends. Kangaroo paw has been a fad for a few years because it is purported to be tough and drought tolerant too, but like a 1982 Oldsmobile Omega, it dies out in only a few years.

Kangaroo paw is certainly worth growing for striking blooms, even if it is enjoyed for only a few years. It is not too demanding, and can be sustained longer with a bit of specialized grooming and plugging (replanting shoots slightly deeper than they naturally grow). It is just important to realize that kangaroo paw sustains the nursery industry more than it should be expected to sustain itself.

Many of the trendiest modern varieties of old fashioned plants are not so justifiable. Perennials are the most notorious, especially if they are labeled as annuals. Sensational labeling with buzzwords like ‘sustainable’, ‘eco-freindly’ or ‘riot of color’ (seriously!?) can sometimes be a clue. Plants that seem to be ‘doped up’ (blooming with ridiculous profusion) might look their best when first planted, only to decline afterward, instead of growing into their garden space.

6 thoughts on “Sustainability Is A Contradictory Fad”