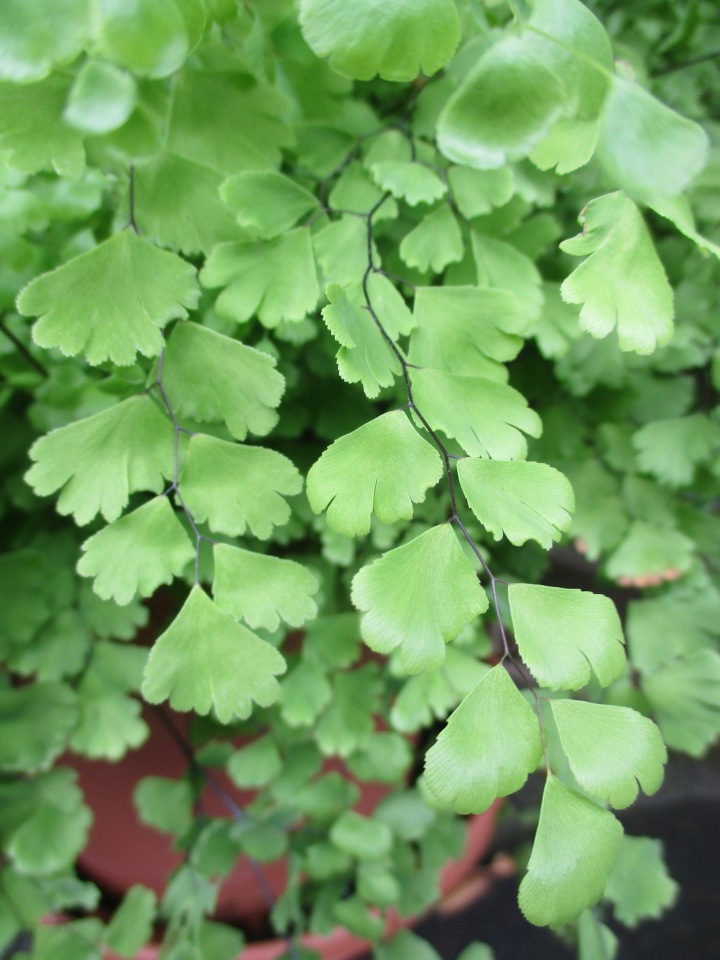 Some of us might remember Delta maidenhair fern, Adiantum raddianum, as a houseplant that was popular for terrariums in the 1970s and into the 1980s. Although quite happy in terrariums, it eventually gets big enough to crowd other plants in such tight spaces. It prefers to be potted on a porch, or in a regularly watered and sheltered spot in the garden. It tolerates quite a bit of shade.

Regular watering is important to keeping the foliage well hydrated, particularly among potted plants that are unable to disperse their roots into surrounding soil. The stolons bellow the foliage are not so sensitive, so can regenerate new foliage if partly desiccated old foliage needs to be cut back. They want good rich soil or potting media, and appreciate occasional application of fertilizer.

Individual fronds (leaves) have the potential to get as long as a foot, and half as wide, although they are mostly significantly smaller, and might be only half as long. Each frond is intricately divided into many small leaflets that are almost triangular, except that their out edges are curved and scalloped. Foliage is lighter green than that of most other ferns. Rachi (leafstalks) are black and thin.