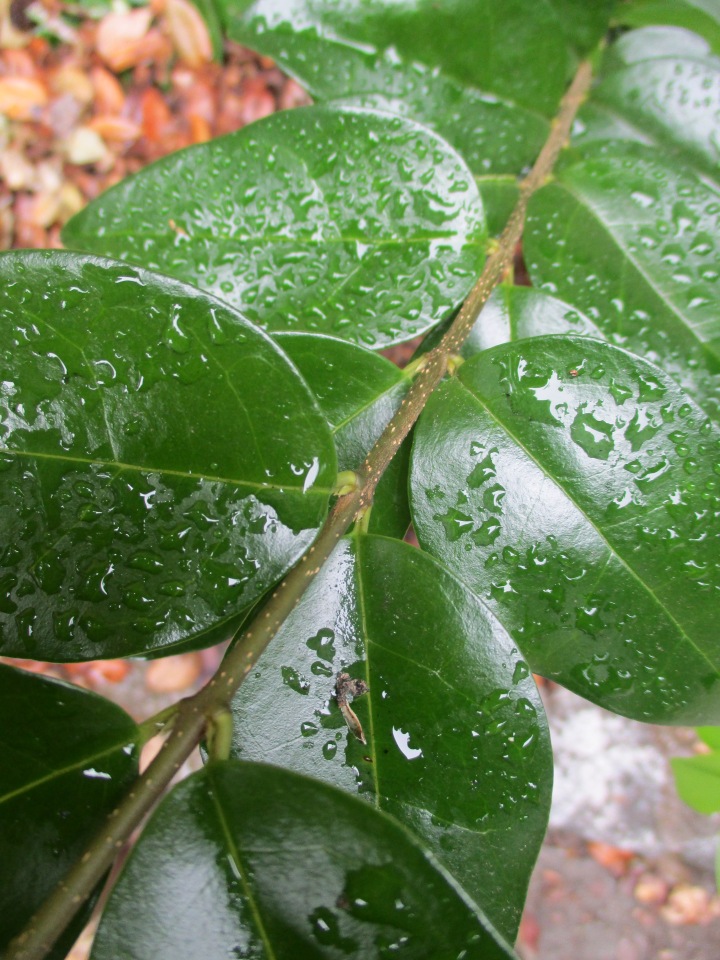 Here on the West Coast, privets had traditionally functioned like hollies had in the East. They are conducive to shearing into the big formal hedges that were popular during the Victorian period. Since then, as gardening space became more limited, the common glossy privet became less popular than the more compact and complaisant waxleaf privet, Ligustrum japonicum ‘Texanum’.

Since it does not get much higher than ten feet, and typically stays less than eight feet tall, waxleaf privet is proportionate to urban gardening. As a formal hedge, it can be shorn to stay less than two feet from front to back, although taller hedges look better if allowed to get bulkier. As an unshorn informal screen, it should not get much broader than six feet, with an appealingly billowy form.

Foliage is evergreen and remarkably glossy, sort of like that of holly, but without the prickles. Regularly shorn hedges should not bloom, but might produce a few trusses of tiny white flowers inside of the shorn surfaces. In sunny situations, unshorn glossy privet blooms profusely enough to be mildly fragrant in spring. Bloom sometimes produces floppy clusters of tiny but messy black berries.