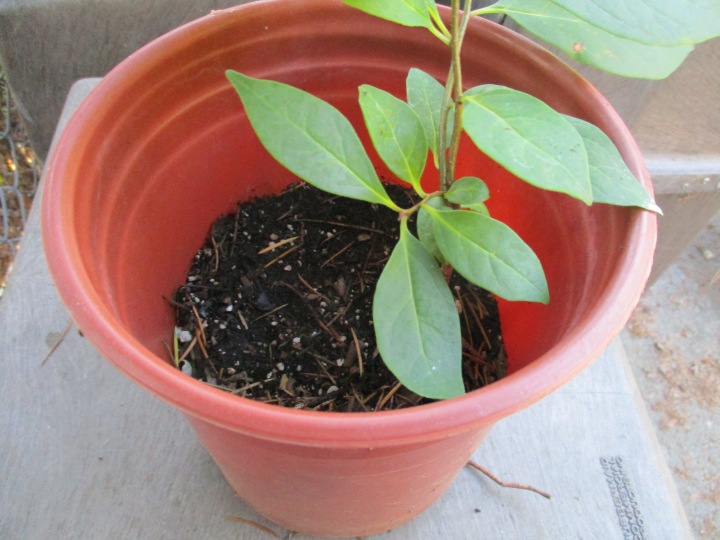 This is no way to get the dirt on someone. There is no dirt involved. If there were, it would be referred to as ‘soil’. ‘Dirt’ is a term used by those who do not know any better.

Anyway, this is about the media that plants are grown in. It might be called growing media, potting media, potting mix or simply potting soil. Some in the horticultural industries might say that, because it is assembled from a variety of components that do not naturally occur together, growing media is synthetic. Because it lacks real soil, most of us refer to it simply as soilless.

Now, I am aware that not all media are created equal. The medium that we grew citrus in was much sandier than what we grew rhododendrons in. It was purchased already mixed specifically for citrus, and ready for use. The medium for the rhododendrons was mixed on site, with more coarsely shredded fir bark (from local mills), less sand and a little bit of perlite.

What I was not aware of, was just how perishable potting media purchased from retail garden centers are. Rather than drive out to the farm for a bin or two of medium, I purchased a bail of common ‘potting soil’ from a garden center about two years ago. I just happened to be there to pick up something else. The cost seemed worth avoiding an extra trip to the farm.

It actually was worth the cost. It did what I needed it to do for a time. The problem I am noticing now is that plants that were not planted or canned up (into larger cans) soon enough are now lacking the volume of medium they need. They need to be stuffed, which involves sliding them out of their cans to add a bit more medium to set them on top of, back in their cans.

The potting soil decomposed too readily. It is as if it rotted into muck that was rinsed through the drainage holes with watering. I suspect that there was more to the medium that the typical simple components. It probably contained significant volumes of compost derived from recycled greenwaste. I certainly have no problem with that. I just would have liked to know about it.

This little American persimmon seedling can stay in this half empty can until winter dormancy. Once dormant, it can be canned into a #5 (5 gallon) can, to resume growth next spring, before it even realizes that it is lacking medium. It will get a happy ending.