‘Six on Saturday‘ is a popular popular gardening meme that many of us garden bloggers participate in on Saturdays. The link explains how it works. Simply, we post six pictures of what is happening in our gardens or landscapes at the time, along with brief explanations. Mine just posted at midnight. I know I should be done, but I happened to find a few more pictures to share.

These six pictures of marigolds that were just installed at work are not as interesting as the topic I wrote about earlier, but are just too pretty to be discarded before I show them off. The second and third pictures, as well as the fourth and the fifth pictures, might be redundant to each other if they show the same varieties of marigolds, but I do not care. They are all so pretty.

Marigold will not likely be featured in my weekly gardening column this year, because the bigger but related African marigold was featured last October. These here are the smaller and more traditional French marigold. Their bright yellows, bright oranges and rusty reds suit late summer and autumn like miniature chrysanthemums. Their foliage is so delightfully aromatic.

Although I am none too keen on annual bedding plants, I happen to like marigold. They were more popular when I was a kid. They were not so variable back then; and there were certainly none of those pathetic fake white sorts that are really just pale yellow. They were plain and simple orange, yellow and rusty red, in blends or uniform. We could easily grow them from seed.

Unfortunately, marigolds will not be with us for long. They were planted to replace petunias that did not last long enough. At the end of autumn, they will be replaced by cyclamen for winter. 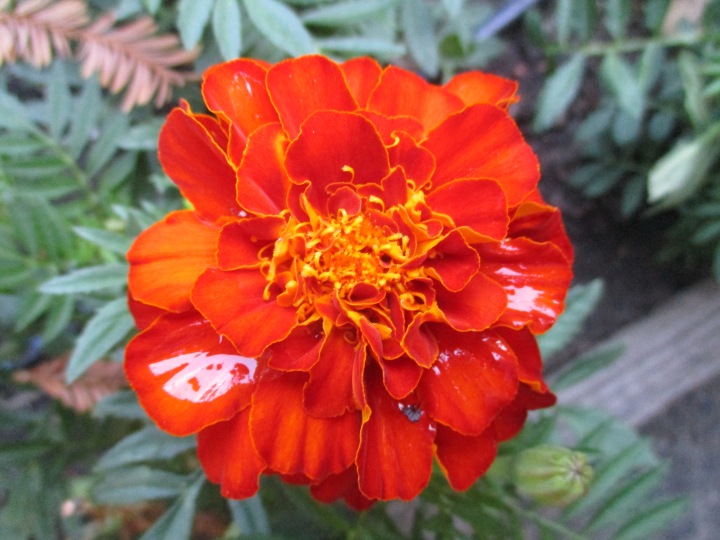 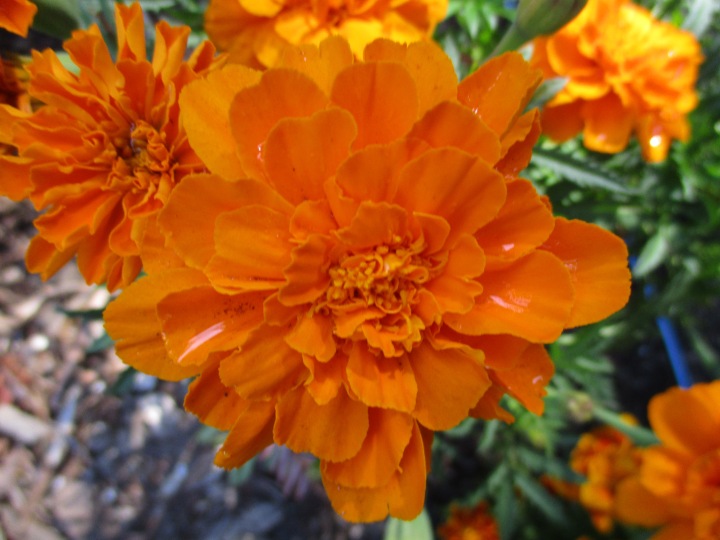 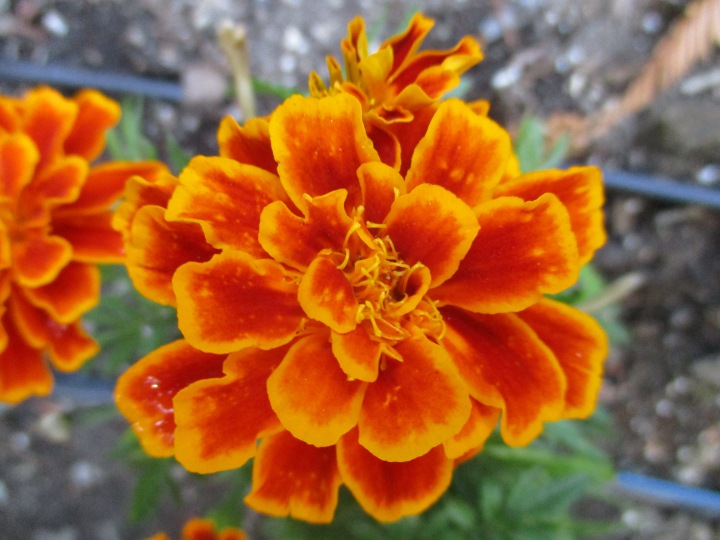