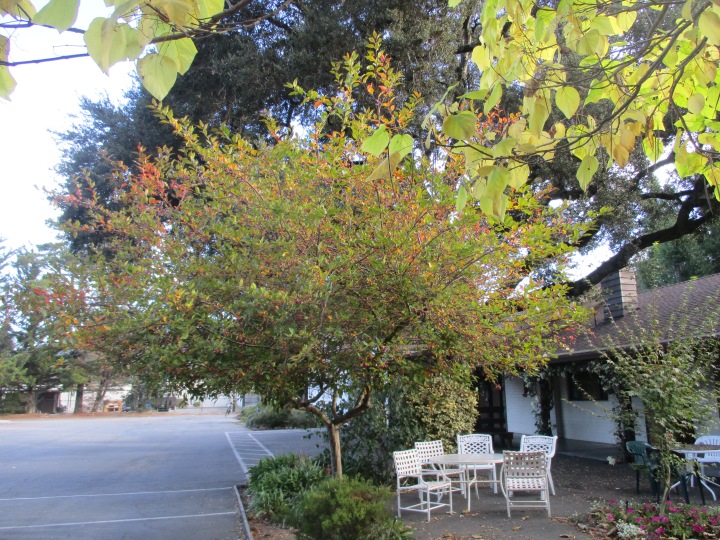 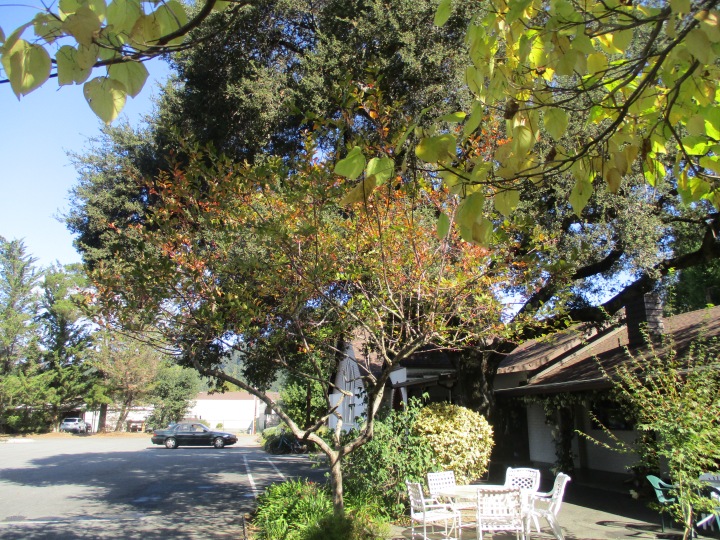 It is amazing what just a few parishioners and friends can accomplish in just a few hours from about nine to noon on Saturday morning. It is only happens a few times through the year, so we make the most of it to catch up on all sorts of maintenance and projects at Felton Presbyterian Church. (My parish should do this sort of thing.) I was there to work in the minimal landscape.

I started working with this ‘Prairie Fire’ flowering crabapple several years ago. As I pruned for clearance above the adjacent parking spaces and patio, I retained lower growth in the space in between. The tree bloomed too nicely to unnecessarily remove all that was right where it was most visible. Besides, from the patio, it was more visually appealing than a view of parked cars.

It was very discouraging. It was done out of season, so I could do nothing to start to repair the damage at the time. There was not much left to repair anyway. I could only let the tree grow through a season so that there would be something to work with later.

I am less than pleased with the results. With all the disfigured lower growth removed, only the new upper canopy remains. The tree got what my colleagues might refer to as an ‘Ethiopia cut’, which is what much taller trees in Ethiopia get when their lower growth gets eaten by giraffes. It will be a long recovery.

The upper picture is the ‘before’ picture. The bright sunlight at noon does not look so good in the lower ‘after’ picture. I mentioned the Work Day and an update in my other blog, Felton League.

13 thoughts on “Work Day Renovation Of A Flowering Crabapple”