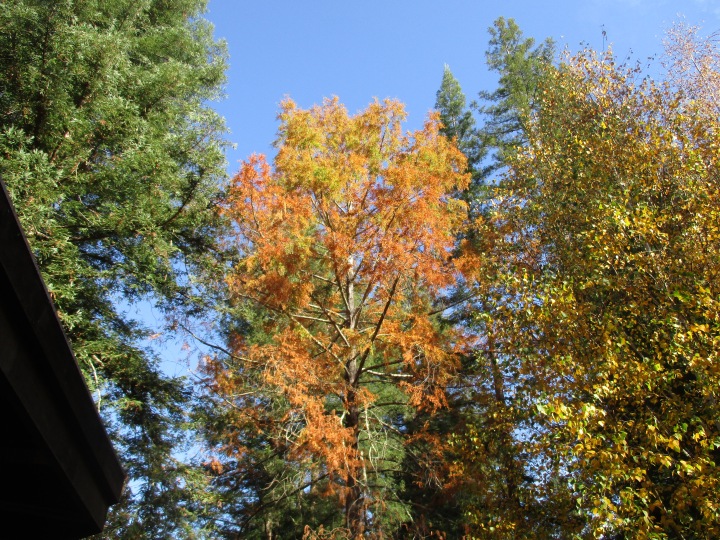 Well, that is certainly a contradiction of terms. One might say it is an oxymoron. Decades ago, it really was how we classified what we now know more simply as ‘deciduous conifers’. There are not many of them. Ginkgo is a gymnosperm like conifers are, but is not really a conifer. Otherwise, there are only five other types of deciduous conifers, which defoliate through winter.

Laryx is a genus of about a dozen species that are known collectively as larch. Taxodium includes two species known as bald cypress, as well as a third evergreen species. Pseudolaryx amabilis, known as golden larch, Glyptostrobus pensilis, known as Chinese swamp cypress, and Metasequoia glyptostroboides, known as dawn redwood, are all three monospecific genera.

Some species of larch are common within their respective natural ranges. So are the bald cypresses. The others are quite rare. However, dawn redwood became a fad decades ago, so is not so rare in landscape situations. To those of us who expect all conifers to be evergreen, deciduous conifers seem to die suddenly in autumn. To some, it is not exactly a desirable characteristic.

The dawn redwood above lives in our landscapes. The tall evergreen trees behind it are native coastal redwood. Obscured by the yellowing birch to the right, a small giant redwood (another oxymoron) represents the third and only other species of redwood. The fall color of this dawn redwood appeals to some, but to others, it looks like one of the native redwoods abruptly died.

Our bald cypress below does not look so much like a dead redwood. The foliar texture and branch structure are quite distinct. The cinnamon brown fall color is actually rather appealing.

Of course, these pictures are nearly two weeks old. By now, both trees are likely bare because of the rain. 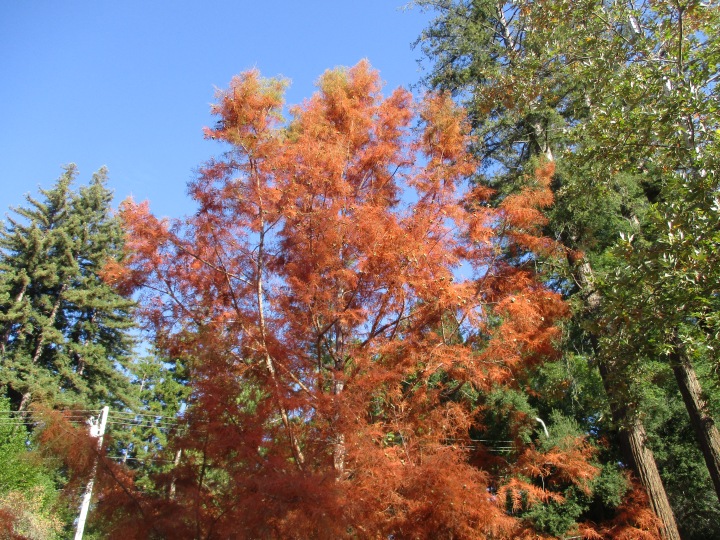