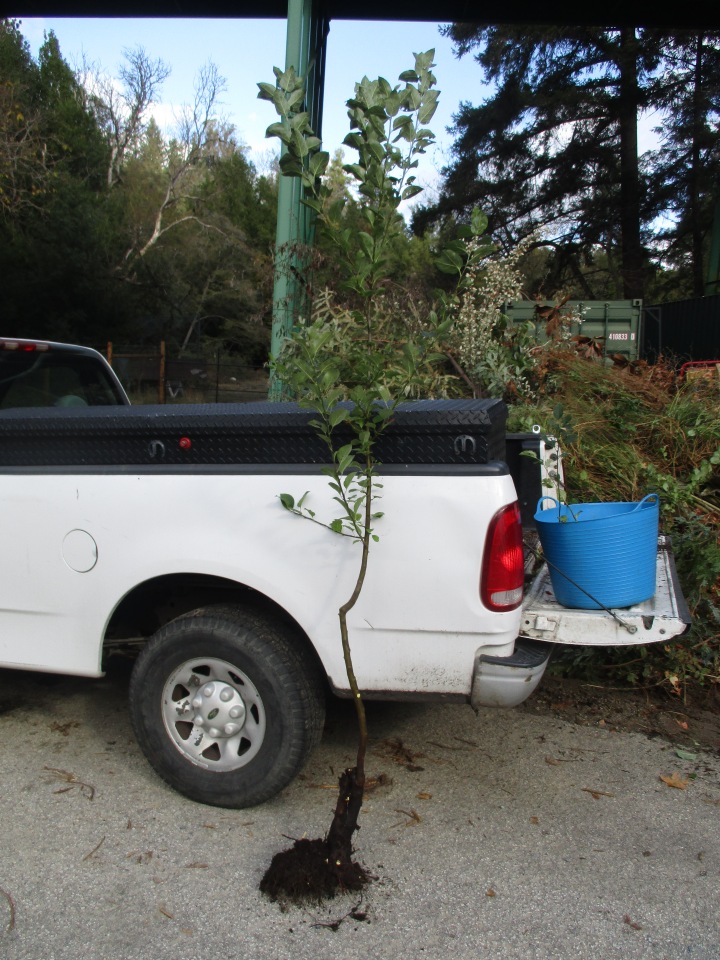 Fruit trees, with few exceptions, have been extensively bred to produce the quality of fruit that we expect from them. Some are consequently genetically unstable, or at least less genetically stable than their wild ancestors were. Even if they never mutate or try to revert to a more stable state, they are very unlikely to produce seed that can develop into genetically similar trees.

In other words, they are not ‘true-to-type’. Their seed might grow into trees that produce fruit that resembles that of one of their ancestors, or of a pollinating parent tree. It is impossible to predict what fruit will be like until it actually develops.

That may take a while. Some seed grown fruit trees start out with juvenile growth, and take a few years to mature enough to bloom and produce fruit. Some types of avocado trees grow tall and lanky for a few years before they bloom. Most citrus are fruitless and wickedly thorny through their juvenile phase.

Grafted fruit trees or those grown from cuttings are true-to-type because they are genetically identical clones of their single parents. Cuttings and scions (for grafting) are made from adult growth, so do not need to mature through a juvenile phase.

The unpredictability of genetic variability is the main reason fruit trees are not often grown intentionally from seed. Juvenility might be the second main reason. However, neither of these two reasons prevents curb mongrels from growing wherever their seed lands, which is often next to sidewalks and curbs where cores and pits get discarded.

Curb mongrels generally get removed and disposed of, just like any other weed. It would be more practical to plant a known cultivar of fruit into a situation where such a tree is actually desired. Every once in a while, a curb mongrel appears where it is allowed to stay, and eventually produces fruit that justifies its preservation.

Well, that was not what happened with this curb mongrel apple tree that appeared adjacent to a patio used for outdoor dining. It was not compatible with the landscape, so got removed before it was able to produce any fruit. It looks like it was grafted, but only because someone tried to cut it down without removing the stump two years ago.

The problem now is that it came up with enough roots to survive relocation. It is not so easy to dispose of a tree with such potential, even though there is no way to know what its potential is until it fruits. It will get planted into a private garden and pruned back accordingly. If we had planned for it to be relocated, the process would have been delayed until it was defoliated.

If the fruit is of inferior quality, the tree can be removed and discarded. At least we tried. Alternatively, a desirable cultivar can be grafted onto it. In a home garden, no one needs to know that it is not a known understock (rootstock) cultivar. The foliage resembles that of ‘Red Delicious’, which makes sense for seed that likely originated from a commonly discarded core.