1. Before, the area was overwhelmed with a dense thicket of Himalayan blackberry brambles, that had grown up into the joists of the deck above, and over the adjacent junipers to the right. 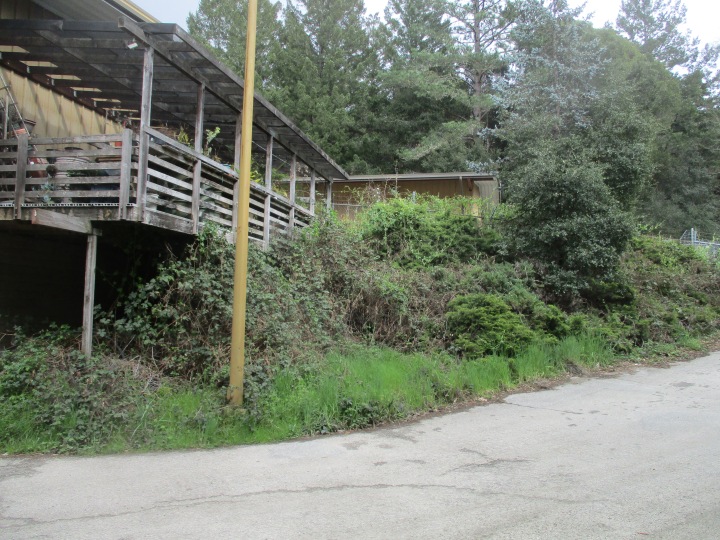 2. After, it is not much better. This initial phase took me half a day!! I intended to remove most or all of the junipers, but as they become exposed, it is evident that they are worth salvaging.

3. I already know I will be sowing seed for the warm season vegetables a bit late; but this wild cucumber feels compelled to remind me. It is already past the top of this seven foot high fence. 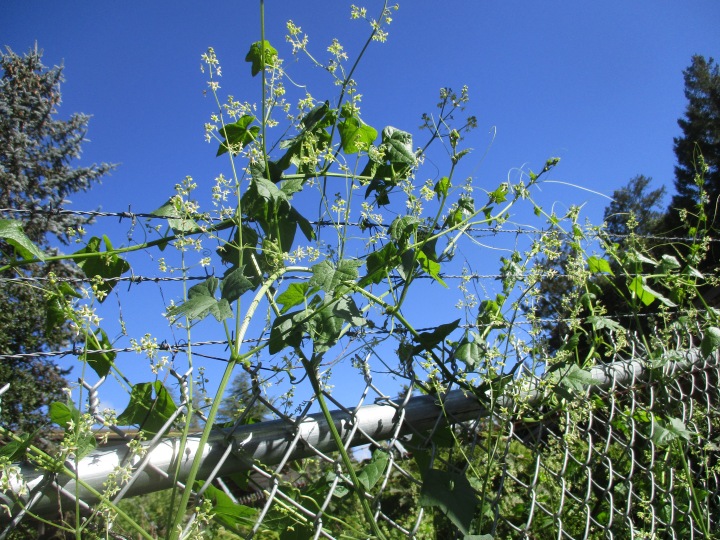 4. This is just some of the debris that I removed. For comparison, the animal to the lower left is a buffalo. Okay, it is really just Rhody. The dumpster is as high as the cargo container though.

5. Okay, so that was a bit of an exaggeration. The pile really is this big, but only the small portion outlined in yellow to the upper right is from the new garden, and is only about two feet high.

6. While up on the bridge over the debris pile, I got this picture of most of the work trucks that are not at work where they belong. Everyone else writes about it; but I have not mentioned it. 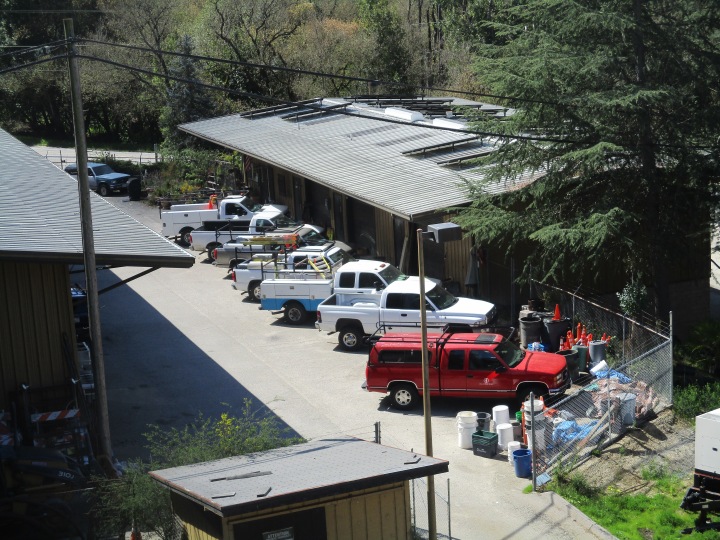