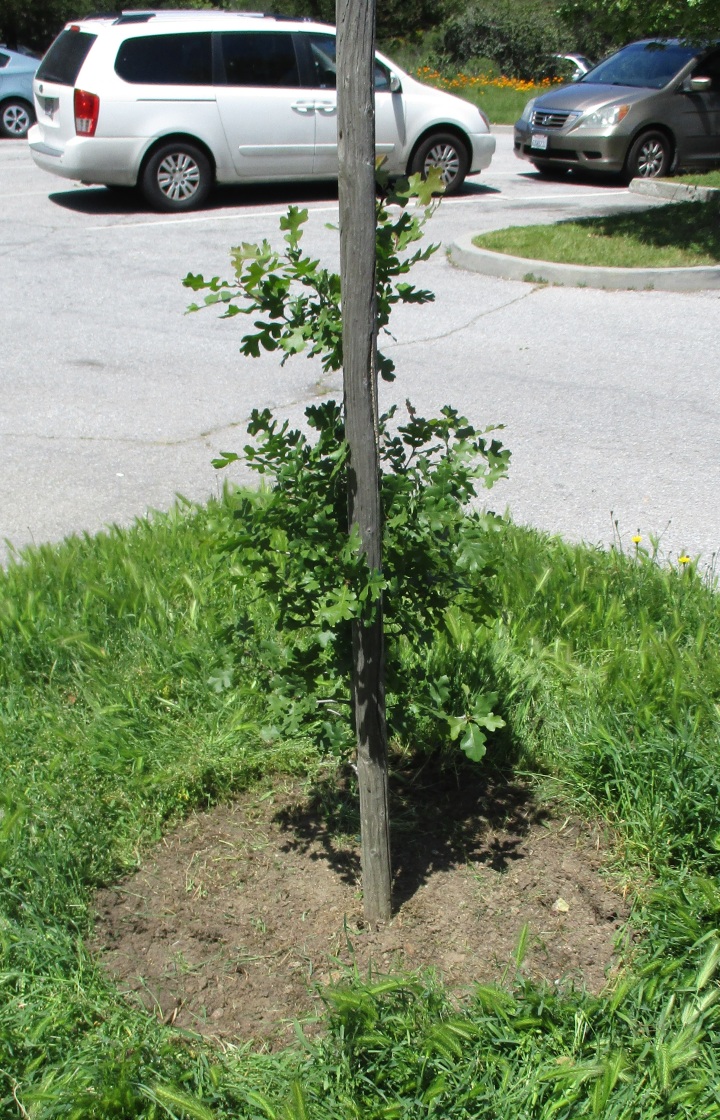 When I started writing this blog eight months ago, I reserved the right to occasionally write about topics that were irrelevant to horticulture and gardening. I designated the category of ‘elaborations’ for posts that were not from my weekly gardening column; but so far, I have tried to post articles within this category that were at least remotely relevant to horticulture, even if only to discuss a single tree, or merely a single ginkgo leaf that somehow appeared in Felton Covered Bridge Park.

Today is May 2. My post for today is only relevant to horticulture in that it explains the importance of the ‘Memorial Tree’ in Felton Covered Bridge Park.

Jeffrey Dale Scofield passed away two years prior to that, on May 2, 2015

They were two of my most intimate friends. I wrote both obituaries. The obituaries are posted below, and are irrelevant to horticulture.

The small valley oak ‘Memorial Tree’ that was planted in Felton Covered Bridge Park was originally designated as the ‘Scofield Tree’. However, a few more prominent friends of our Community passed away afterward; and the Park could not accommodate more memorial trees. Finally, when we could not find an appropriate situation for a memorial tree for Steven, the ‘Scofield Tree’ was designated simply as the ‘Memorial Tree’. These are a few brief articles about it.

These are two articles about some of our adventures with Steven, and a third about the ginkgo leaf that appeared in Felton Covered Bridge Park on Steven’s birthday last December 13:

Jeffrey Dale Scofield of Felton passed away peacefully from complications associated with cancer on May 2, 2015, in Santa Cruz, only a short distance from where he was born on June 9, 1959. Except for when he traveled for work in other regions, he lived his entire life in the San Lorenzo Valley.

After harvesting timber earlier in his career, Jeffrey Scofield became well known professionally for setting “miles of tiles” and stone. More recently, he harvested firewood. He was a champion of both baseball and arm wrestling.

Mr. Scofield is survived by his sister Valerie of Las Vegas, nephew Rodney of Bethel Island, niece Christa, nephew Charles of Reno, and many lifelong friends of the San Lorenzo Valley. Ashes will be scattered privately. 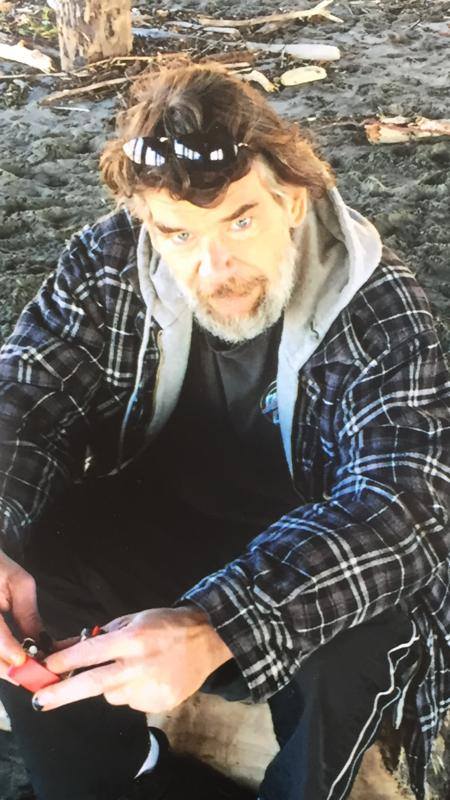 Steven Michael Ralls of Felton succumbed to complications associated with a variety of chronic medical conditions, and passed away in Aptos on May 2, 2017, at the age of 46. Steven was born on December 13, 1970 in Fort Leonard Wood, Missouri, and then spent most of his childhood in Norman, Oklahoma. He came with his family to Berkeley, California in 1987, and then lived in Hayward, before settling in Felton in 1999. His recent relocation to Aptos was considered to be only temporary, as he would have preferred to return home to Felton.
Prior to the onset of debilitating medical conditions, Steven had a distinguished career in specialized woodworking and finish carpentry. His work can be found in some of the more luxuriously outfitted homes and offices of the San Francisco and Monterey Bay Areas. Steven was also remarkably proficient with the restoration of old homes, cabinetry and furniture.
Later in life, Steven devoted more attention to art, particularly drawing and guitar music. His talent with the guitar was exceeded only by his exquisite voice that accompanied it.
Steven Ralls is survived by his son Michael Forrest Ralls of Oakland, California, wife Gayle Schermerhorn of Murphys, California, brother Jonathan Ralls of Hayward, California, sister Tammy Roberts of Wichita, Kansas, sister Brandi Ralls Sullivan of Lakewood, Washington, brother Brent Patty of Saginaw, Texas, mother Virginia Bates of Newalla, Oklahoma, father Michael Ralls of Olathe, Kansas, and many old friends of the San Lorenzo Valley.