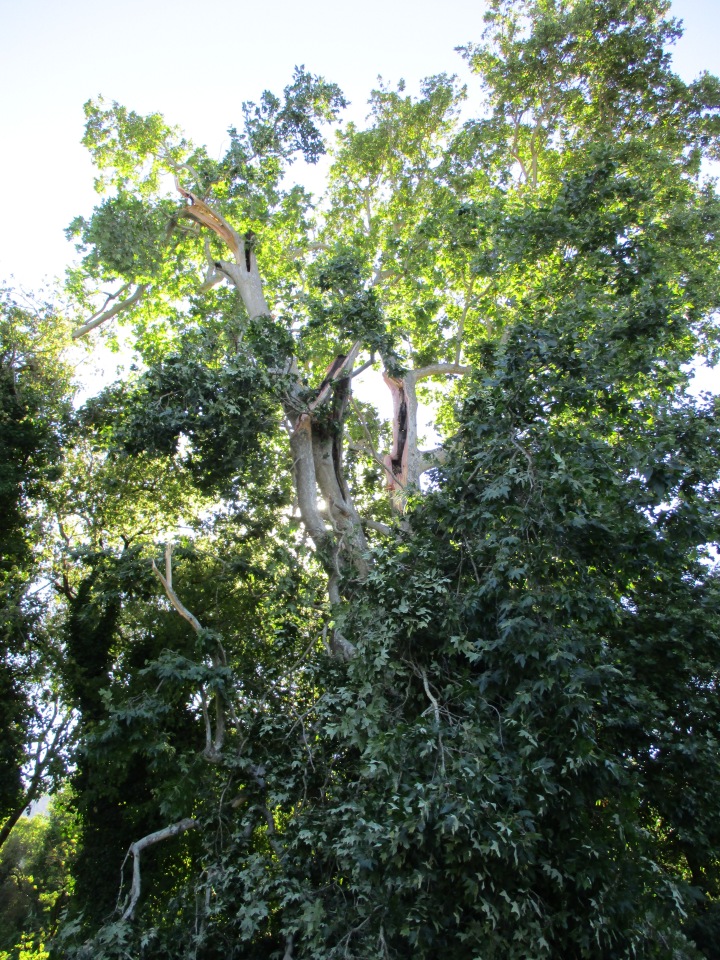 This sort of weather pattern does not happen very often. Late spring is normally pleasantly warm, and the weather gets progressively warmer through summer, which typically includes a few unpleasantly warm days. It rarely gets too hot here, and when it does, it does not last for more than a few days, and tends to cool off at least somewhat at night. The air is normally arid. Humidity is uncommon in a chaparral climate.
While so many in the Northern Hemisphere were experiencing unseasonable warmth, the weather here was unusually mild. When the weather became warm, it did so suddenly. There was nothing unusual about the warmth. It was well withing the normal range for this time of year. The suddenness of the change was what made it unusual.
Humidity complicated matters. Again there is nothing too strange about humidity. Although rare, it does sometimes happen. The problem was that it happened at the same time that the weather suddenly changed from pleasantly mild to somewhat warm.
This combination of the weather changing so suddenly from mild and arid to warm and humid caused an outbreak of spontaneous limb failure. It was very evident in Felton Covered Bridge Park, where several trees that experienced it could be observed in the same place. 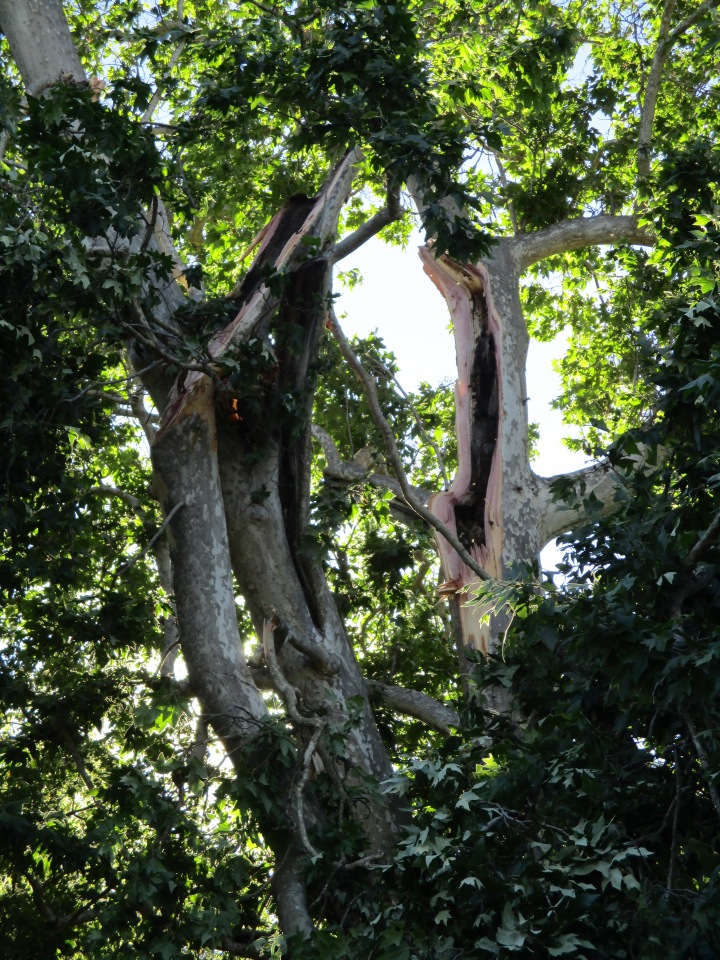 The most recent victim was the biggest old California sycamore in the area. Half of the top of the canopy broke away and got hung up on an adjacent trunk, but started a cascade of other limbs that broke off more major limbs all the way to the ground. A large cavity that contained a very established beehive was exposed. A car parked below was clobbered (but somehow sustained only minimal damage!). The remaining trunks and limbs of the old sycamore are now even more scarred and disfigured than they were before this happened. The biggest gash is about fifteen feet long! What a mess!
Spontaneous limb failure is technically very damaging to the trees who experience it, but not all of them see it that way. Many of the riparian trees that are so inordinately susceptible to it might use it to their advantage. Fractured limbs that remain attached to the original tree while they sag onto the ground can develop roots where they touch the soil, and develop into new trees. These new trees are more stable at first, but eventually develop structural inadequacies like their parents did, and repeat the process. Willows excel at this technique. Cottonwoods and box elders do it too. Sycamore do it only rarely, but sometimes destabilize and fall over so that some of their limbs can grow into new trees as the original trunks decay. It may not be the sort of behavior that we want in our home gardens or parks, but as far as the trees are concerned, it works. 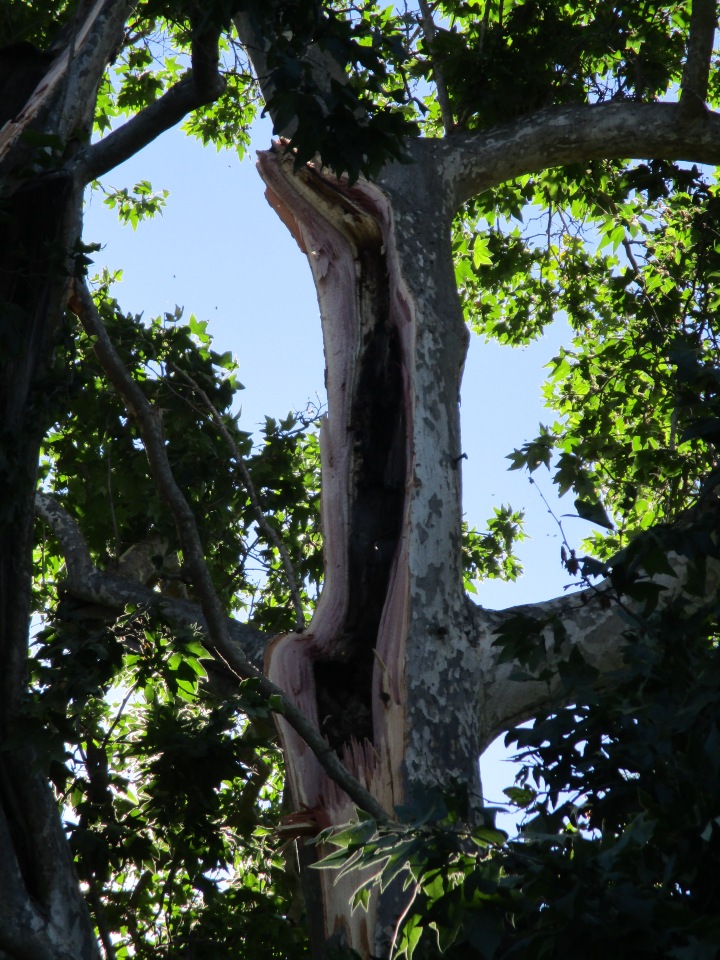 17 thoughts on “Nature Is Messy”