Gazanias were not planned. The English daisies that were planted last spring as warm season annuals that might hopefully continue as perennials succumbed to rust. Seriously! This rust was nasty! I had no idea that English daisy was so susceptible to rust! They were so ugly that they needed to be removed. They were replaced with the gazanias a bit more than half way through.

Gazanias are not the flashiest of choices for the prominent planters that they went into, but they work. If they continue to bloom through winter, they can stay as long as they like. If they stay long enough to get bald spots, we can trim around the edges and plug the scraps back into the bald spots. I would rather put a bit of effort into maintaining them than replace them as the seasons change.

These pictures were taken about two weeks ago, along with the picture of the gazania that was posted last week. For some unknown reason, the gazanias are presently taking a break from blooming.

1. White is actually not my favorite color for gazanias. Yes, white is my favorite color. I just think that gazanias are at their best in brighter colors like yellow and orange. This white is not the best anyway. It looks like very pale yellow to me. 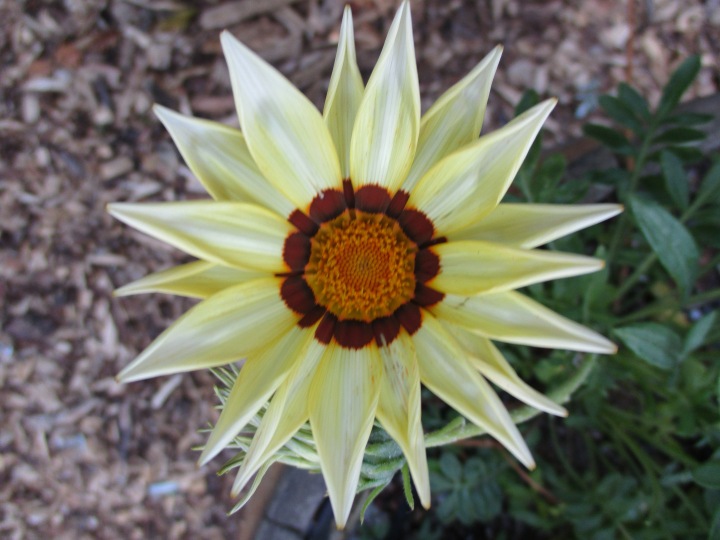 3. Orange is the other half of the caption to the picture above. (Just read the same caption, and switch ‘yellow’ for ‘orange’, and ‘orange’ for ‘yellow’.) 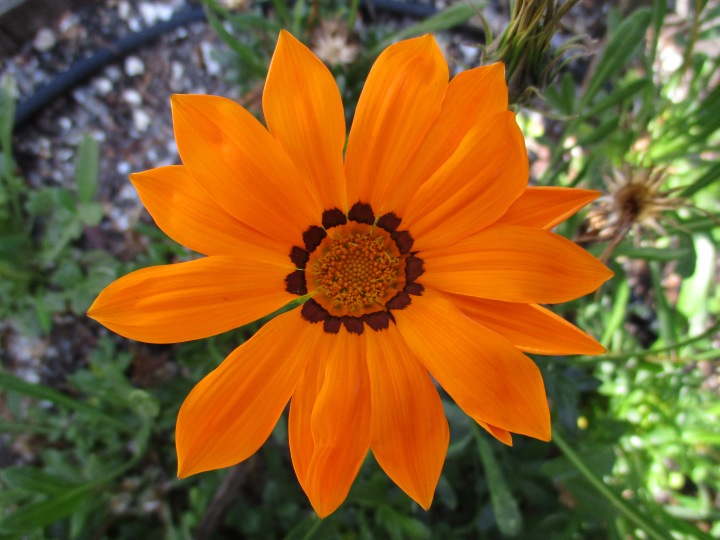 4. Pink might really be light burgundy. It was a bit darker when it first bloomed. This might be one of those colors that only girls can identify.

5. Yellow with red stripes looks like something that blooms in the garden of Ronald McDonald.

6. Cream with burgundy stripes looks like something that blooms in the garden of a clown with slightly more discriminating taste. 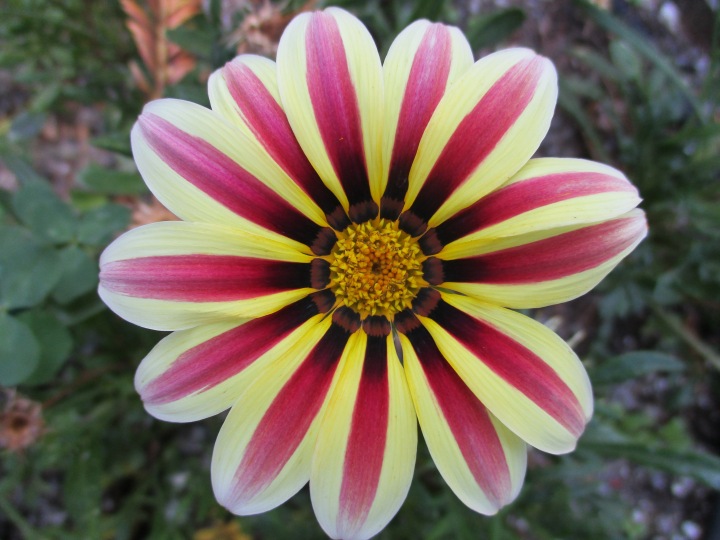 24 thoughts on “Six on Saturday: Gazania”