As the flowering cherry trees fade, the azaleas get their turn. Like the flowering cherry trees, the azaleas are not as spectacular as they were last year. I know it is relevant to the weather, although I do not know what the weather did to inhibit so much bloom with so many of the early spring bloomers. I know there was a lot of rain, but that should not have been a major problem. There was not much chill, but there should have been enough.

I do not know if this will be the most subdued bloom ever witnessed here, but the limited color might be more apparent because the azaleas and rhododendrons were more spectacular last year than they had ever been. According to their bud set, the rhododendrons will be even less impressive than the azaleas. The dogwoods might have had the potential to be as spectacular as last year, but some were disadvantaged by structural pruning.

These six azaleas were the best of what was blooming here this year. The pictures were taken about a week ago. I should know the names of all the cultivars, but I don’t. They do not look the same in landscape as they do on the farm where they grow. I could guess on a few. The only one that there is no mistake about is #4, which is ‘Coral Bells’. Color is a bit off in this picture. #5 looks like ‘Hino Crimson’, but without bronzed new foliage.

Rhododendrons are coming along slowly but surely. They will not be ready for next week. Fortunately, as wimpy as our bloom is this spring, there is plenty to get more pictures of for next week. 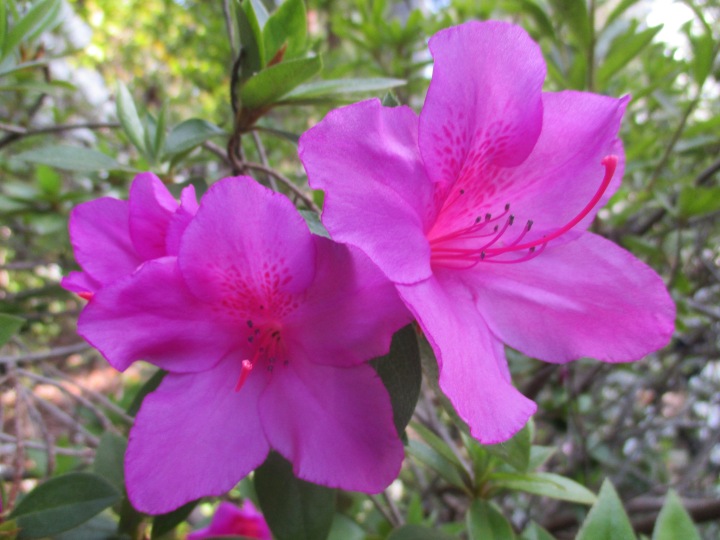 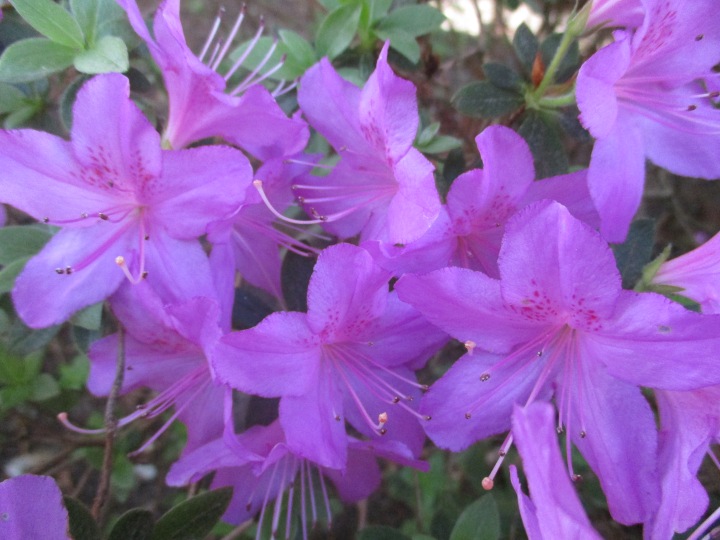 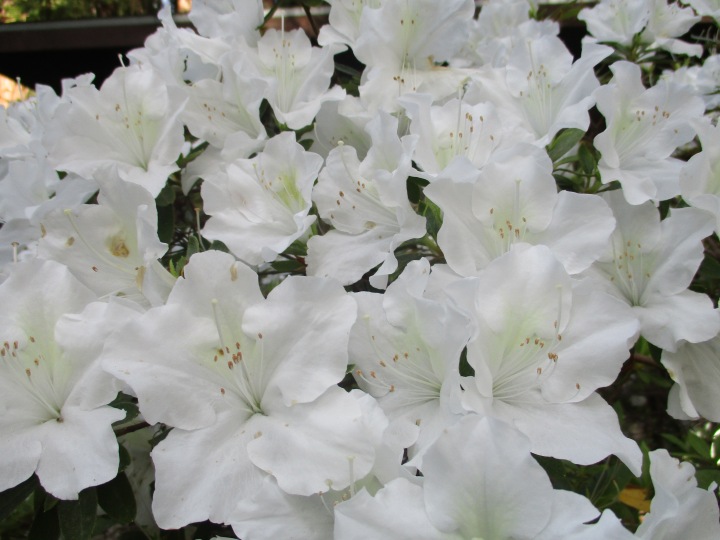 17 thoughts on “Six on Saturday: Azaleas”