Rain is rare here so late in the season. It is also potentially damaging to some of the plants in the landscapes, and some of the latest of the spring flowers that are still blooming. Most of the deciduous plants are lush with new foliage on limber stems that are still adapting to the increased foliar weight. Foliage gets even heavier when it gets wet from rain. For the willows, the extra weight is enough to break limbs.

Willow limbs do not often break away cleanly. They instead split apart so that they fall slowly while still attached to the main tree. In the swampy conditions where they naturally grow, the broken but still attached limbs develop roots where they touch the ground, and then grow into new trees. Broken limbs are therefore not a problem for willows. Nonetheless, they are a problem in the landscapes.

1. This looks like mozzarella cheese being pulled apart. My great uncle used to bring some of the good Italian stuff when he came up from Long Beach for some of the Holidays. Oh my, how off topic!

2. This is what it really was. Willow limbs are surprisingly weak this time of year. They don’t just break. They split apart. I should have gotten a picture of it before I cut it up. 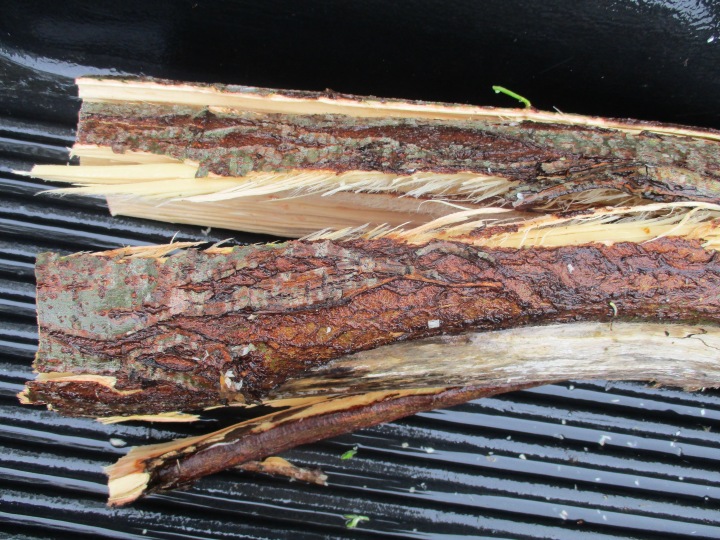 3. It landed right across a walkway, where I could not put off breaking it apart and taking it away. With all the rain that caused it to break, the lawn was too swampy to walk around on. 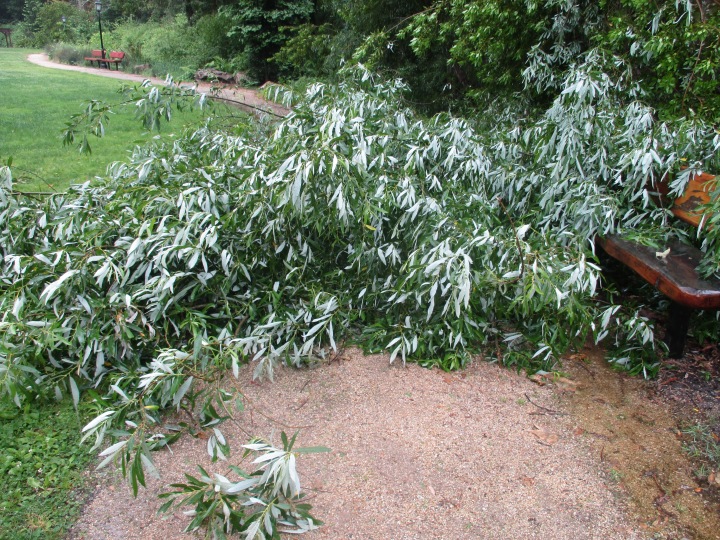 4. It landed on this bench too, or at least the left half of it. With hundreds of acres of unused and unlandscaped forest out there, why must falling trees land in such inappropriate situations?

5. All that mess was not even a full load. It just didn’t take up much space after it was all broken apart and loaded up. There was plenty of other willow to cut later in the day, and for the next few days. 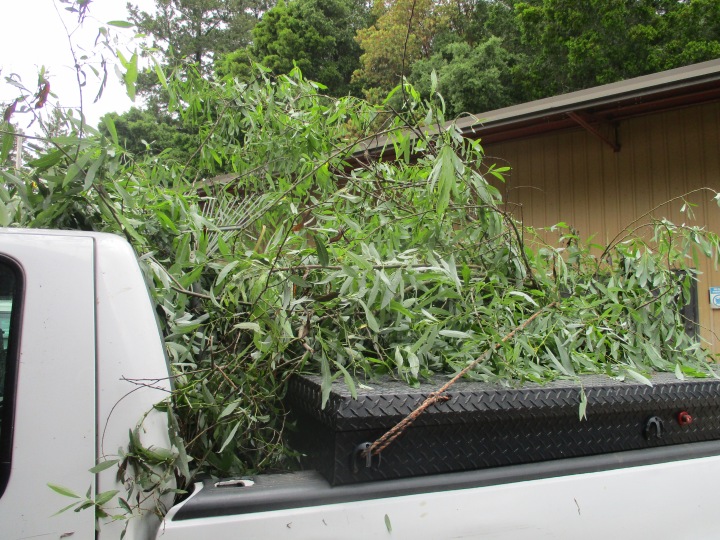 6. Willow! My niece named him. I knew better than to argue. I never liked the name though. I and almost everyone but my niece knew him as Bill, which is short for Willow. My friend Steven knew him as William.

10 thoughts on “Six on Saturday: Willow”