My six pictures for today are not from any of the landscapes. Nor are they from my garden. They are not from the forests or parks or other people’s gardens either. That is nothing new. I sometimes get my pictures from some rather randoms situations. These six are a bit more random than just average random though. They happen to be from around the big compost piles, where we dump some of our green waste and horse ‘fertilizer’.

This is the same compost pile where where the ‘Good Weeds‘ grow. Yup, good weeds from the bad neighborhood.

The first #1 is exotic. The second #2 and the third #3 are assumed to be native, but might possibly be exotic. The others are quite native.

1. Mullein – is a naturalized exotic species. It does not seem like the sort that would naturalize. To the contrary, is seems to be quite docile here. It is sometimes left in gardens where it self sows, just because it is appealing. 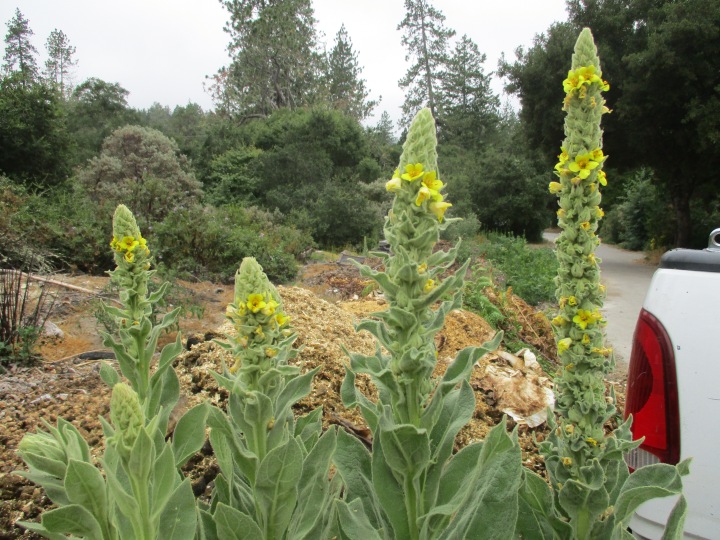 2. Unidentified – but believed to be native, these tiny silvery white flowers are not as pretty as they are up close in this picture. I just happen to like them. I think I studied it in school, but just I can not remember what it is. 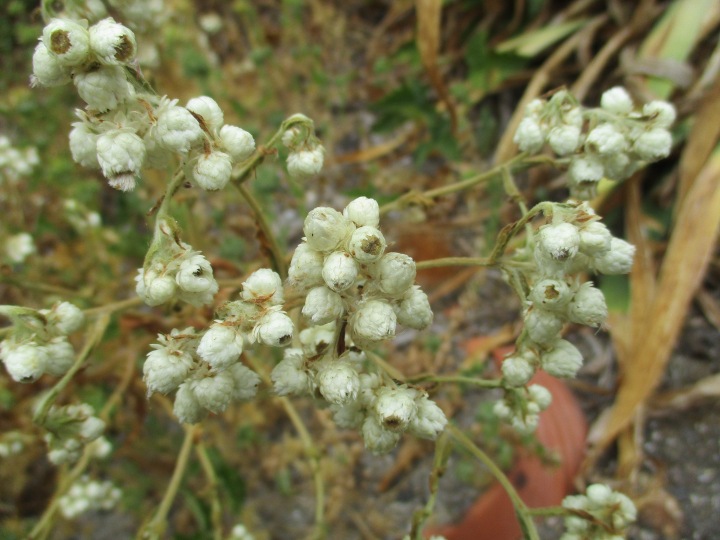 3. Bull Thistle – is not so easy to distinguish from other similar species. I do not even know if this is the native bull thistle. The prickly scales are not as straight as they should be. It is the only one that we now as such here. 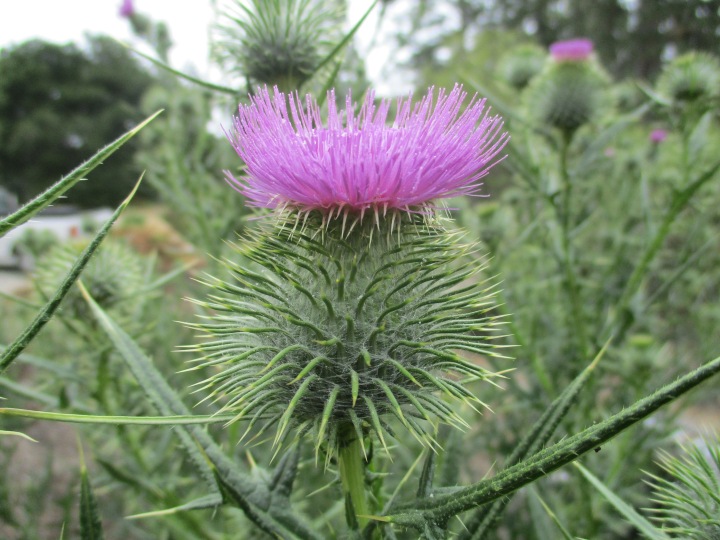 4. Yerba Santa – seemed to be more purplish when I took this picture. The foliage looks grungy to me, as if sticky with honeydew and a bit of sooty mold. That is natural for it, and may explain why it is an unpopular native. 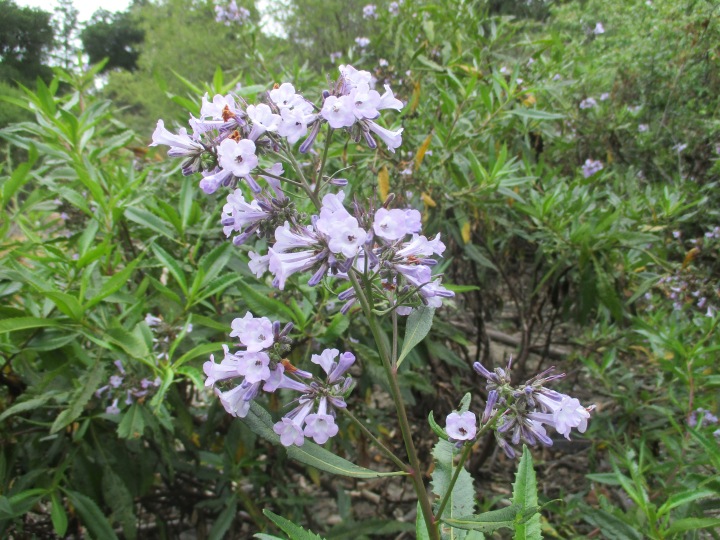 5. Sticky Monkey Flower – has a funny name. It is native, but the sticky monkey that it is named after is not. It gets a bit shabby if allowed to grow wild in home gardens, but can be improved by aggressive winter pruning. 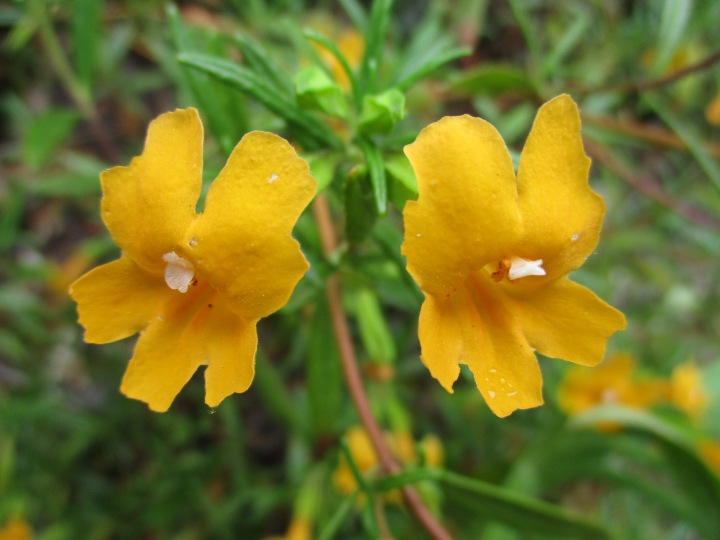 6. Evening primrose – is not the same as the common yellow evening primrose that is familiar elsewhere in America, although I really do not know what makes it so special. Another species has smaller pastel pink flowers. 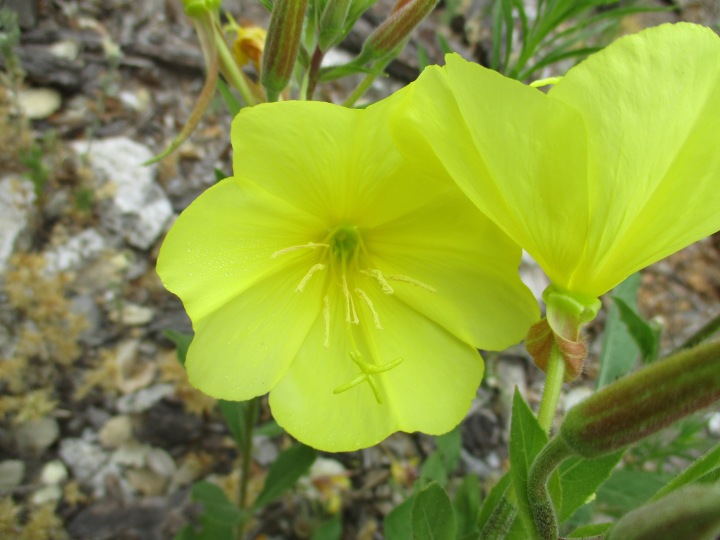