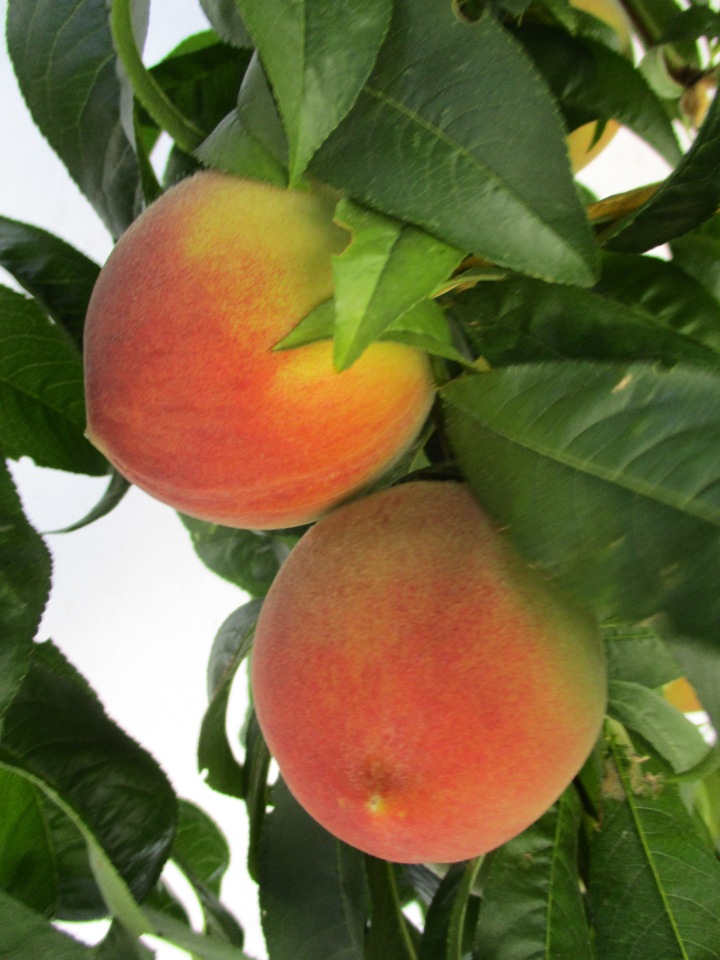 Cher explained a long time ago that a half-breed is nothing to brag about. Some of us just don’t get it. A few clients still introduce me to their weirdly bred stone fruit trees as if they are both justification for great pride, as well as something that a professional horticulturist of the Santa Clara Valley has not already encountered a few thousand times. I at least try to act impressed.

The stone fruits that grew in the orchards of the Santa Clara Valley half a century ago were the best. That is why they were grown here. The climate and soil were ideal for their production. Traditional cultivars produced so abundantly and reliably that there was no need to breed new cultivars. The quality was exemplary. Consequently, only a few were actually developed here.

Half-breeds, or weird breeds of any unnatural ratio, started to be developed more than a century ago. A few happened incidentally where different species of the same genus of Prunus grew. They were enjoyed as novelties for home gardens, but were not sufficiently productive or reliable for orchard production. Their fruit was for fresh eating only, since it did not dry or can well.

Now that the orchards are gone, and the only stone fruits in the Santa Clara Valley are in home gardens, these weird half-breeds and others are becoming more popular. Nurseries will soon be stocking several along with their incoming bare root stock. There is certainly nothing wrong with them. However, they are not necessarily any better than their well bred ancestors either.

Apricot, cherry, nectarine, peach, plum and prune, as well as almond, are the traditional stone fruits, of the genus Prunus. (Almonds are the seeds or ‘stones’ of a stone fruit that does not get eaten, but instead gets discarded as a hull.) There are many cultivars of each. Some can be canned. Prunes and some apricots can be dried. There is no need for more, or for ‘improvement’.

Pluot, plumcot, aprium, apriplum, nectaplum, peacotum, pluerry and others like them are the weird interspecific hybrids (which are hybrids of two or more species within the same genus, which for these examples is ‘Prunus‘). Some are half-breeds. Some are breeds of different ratios, such as a half-breed with a half-breed parent, or a half-breed grandparent. It is confusing!

It is also an unjustifiable fad. There are more disadvantages to these weirdly bred stone-fruits than there are advantages. They really don’t get the best of both parents, but might get half of each. Again, there is certainly nothing wrong with that. There are those who legitimately prefer such hybrids. The point is that fads are not necessarily good, and many are just plain weird.