That is how horticulturists say, “Talk to the hand.” During the past three and a half decades that I have been working with landscape designer, Brent Green, I have deduced that there is not a specimen of Washingtonia filifera in the Santa Clara Valley, or anywhere else for that mater, who is any more interested by what I have to say than he is. Nonetheless, I appreciate palms.

1. Rats! I thought that was who chewed on a petiole of my favorite young windmill palm from Western San Jose. However, this picture shows several small slices made with a straight blade!

2. Pleats of an aging fronds of the same windmill palm demonstrate that surfaces exposed to the south deteriorate before those exposed to the north. The frond was tilted up for this picture. 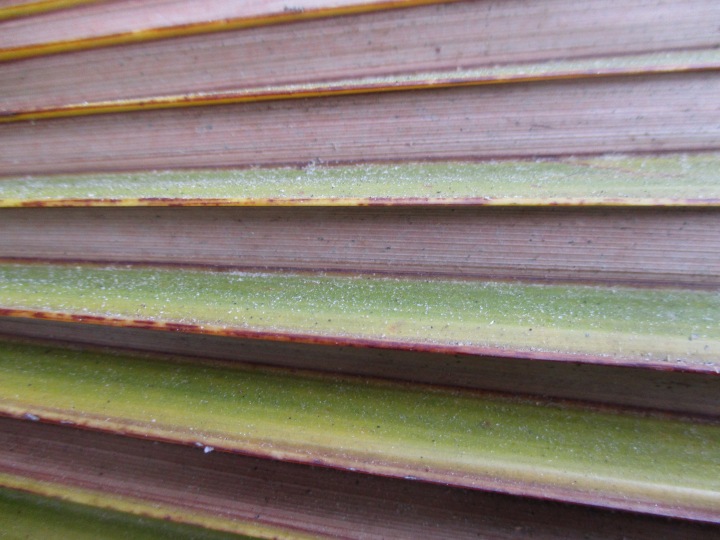 3. Windmill palm seedling is one of a few that I pulled from a landscape nearby, but could not bear to discard without at least trying to find a home for them; as if we need another palm here. 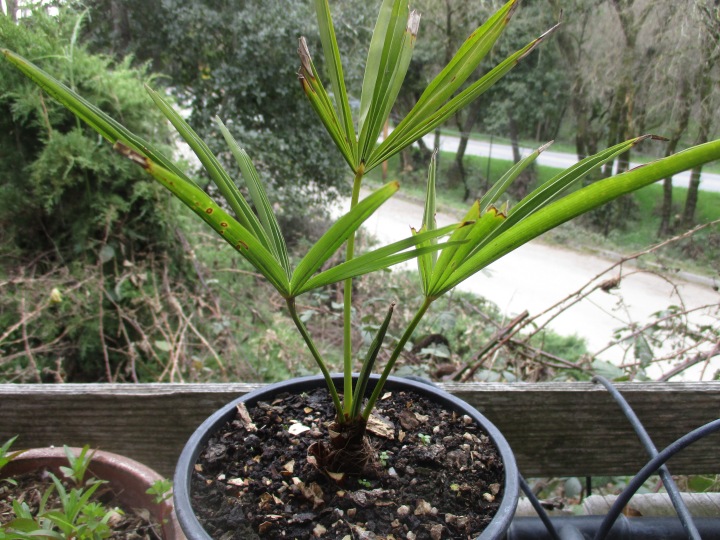 4. Hesper palm is more interesting. I brought two here while they were nearly dead. The other did not survive. This one tried to recover, died back again, and is now trying to recover again.

5. McCurtain scrub palm seed that I was so pleased to procure earlier is what is obscured just below the surface in this flat. I am concerned that the compost might not have been ready. 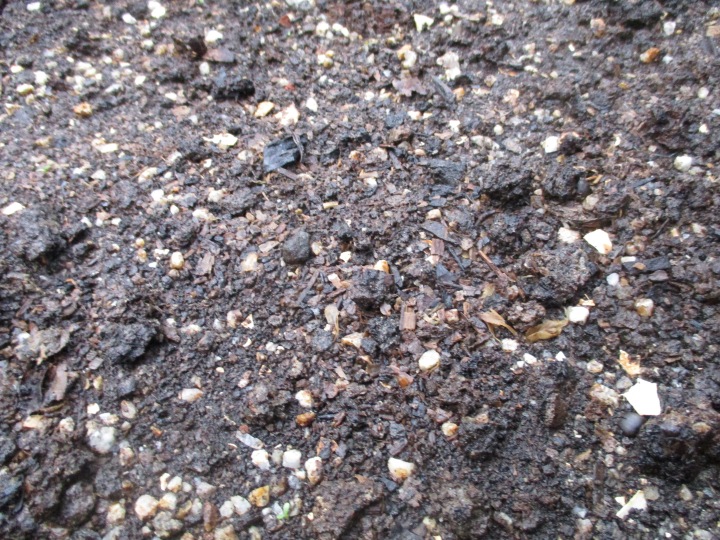 6. Seed of other odd species of palm were found in a package that had been in storage for a few years. As if we need another palm here, all will get sown. Sadly, few are likely to still be viable. 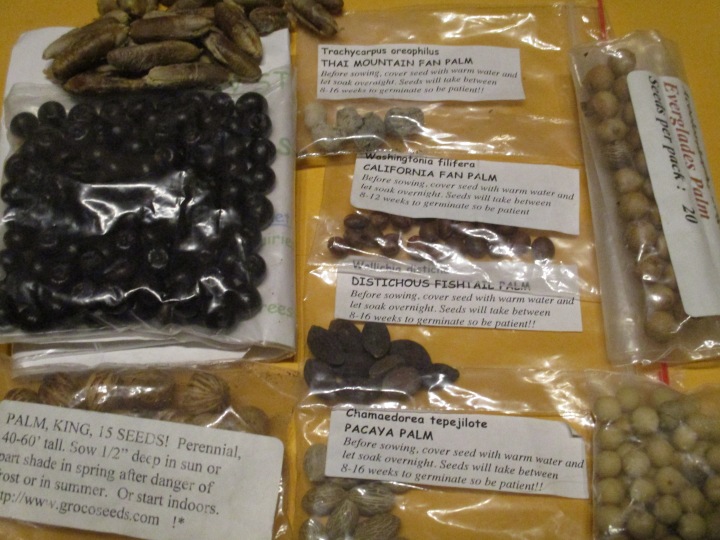 21 thoughts on “Six on Saturday: Talk To The Palm”