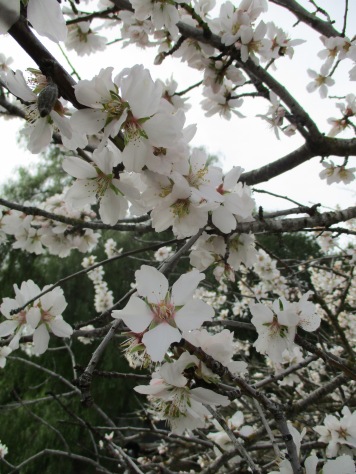 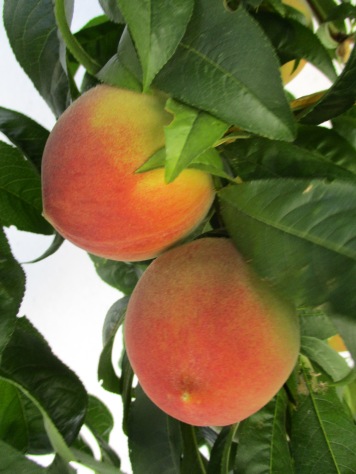 The Santa Clara Valley really was as idyllic as the natives say it was. It was excellent for us kids, as well as for our parents who raised us here. That is why it is also know as the Valley of Heart’s Delight.

Every autumn, the orchards would turn soft yellow. Cherry orchards got a bit more orange. Apple and pear stayed greener later. The foliage still smelled sort of fruity. Leaves would start to fall with the first breezes and cool autumn rain. There was still mud here back then. It was real orchard mud; not the sort that happens because a gardener waters the lawn way too much.

By winter, the foliage on the ground smelled earthy. . . very earthy. It might have been slippery to walk on. The upper stems of the bare trees reached upward as if they were not expecting to be slowed down by the change in the weather. The trees seemed to watch each other getting pruned, and then point and laugh at each other when it was all done. Debris piled on the edges of the orchards burned fast, and then smoldered for a few days, with a narrow wisp of almost sweet smelling smoke.

Spring made you think the whole world was in bloom! It was billowy white bloom. Apricot was the best, but cherry ad almond were brighter white. Prune seemed to be very slightly blushed. It was all white, but different flavors of white. It was so soft and fragile. The fragrance was surprisingly simple, sort of fruity, and . . . perfect. Apple and pear bloomed later, giving the illusion that bloom lasted a long time. However, each type of orchard bloomed only for a short time. Let’s be honest; apple and pear did not smell quite as good as the rest; and some described them less graciously than those of us who were kids back then. Walnut and fig, well, they were always the odd ones anyway.

Summer smelled like fruit. It was everywhere. It smelled sort of grassy at first while the fruit was developing. By the end, it smelled way too ripe. Finally, it smelled like wine and toasted soil. The soil here really was great. It was grey and heavy. Summer was warm but only rarely hot. Mustard grew under the trees, and then wilted down just before getting cut.

We were all raised with horticulture, whether we realized it or not, or whether we liked it or not. We all got peanut butter and jelly sandwiches in our lunchboxes because our mothers had to get rid of the apricots somehow. Fudge at Christmas was overloaded with walnuts. Mom’s apple pie was not revered here like everywhere else in America. It was our culture. It was everywhere.

Even though almost all of us were natives, and most of our parents were natives, and some of our families had been here for several generations, the horticulture was imported from all over the place. Apricots, cherries, prunes, peaches, almonds, walnuts, figs, pears, apples; there was just about every fruit tree imaginable. They came from Turkey, France, Italy, Spain, Greece, England, Persia . . . really anywhere and everywhere. Our ancestors brought their horticultural expertise from Italy, Spain, Japan, Oklahoma, Portugal, Mexico and who knows where else. It all came here and somehow got mixed together to make the Valley of Heart’s Delight, our own distinct culture within the Santa Clara Valley.

8 thoughts on “Never Forget the Valley of Heart’s Delight”