It is as scary as it sounds. Well foliated limbs or entire trees really do fall spontaneously during the calmest of warm weather. It never fails to frighten anyone who witnesses it. Those who witness it always express the same difficulty with trying to explain it to those who did not witness it, as if they know that no one will believe them.

Several people heard this cottonwood limb fall onto a bridle path in Felton Covered Bridge Park. It is not a particularly large limb. The diameter about a foot above the flared union is only about seven inches.

Yet, even this relatively small limb is seriously dangerous when it falls from above, and from such a height. 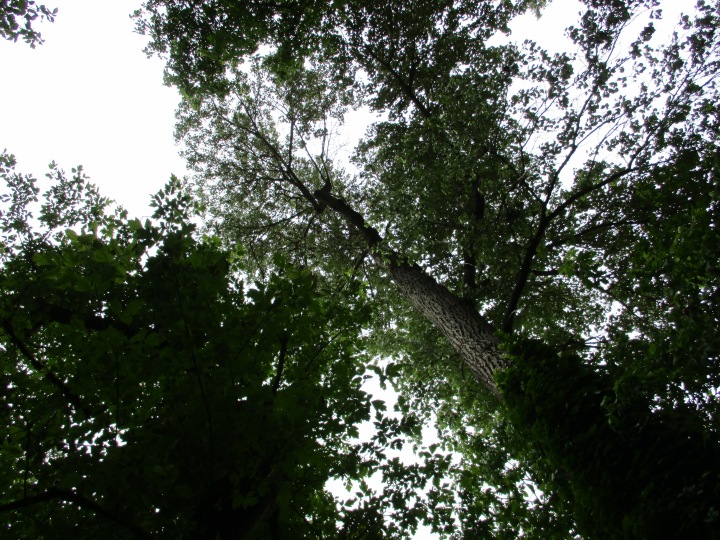 A much larger sycamore limb that was almost two feet in diameter fell nearby a few years ago. It was like a full sized tree falling from the sky!

What makes it so frightening is the spontaneity. We expect limbs to break when the wind is blowing. Trees are more likely to fall when the soil is saturated from an abundance of rain. Dynamic weather like wind, rain and snow are expected to be the cause of limb or tree failure. Passive weather like warmth and humidity seem like they should be innocent of causing such damage. Not so.

Breezes that are normally thought of as a cause of limb failure would actually enhance evapotranspiration. Therefore, a lack of any breeze actually increases the potential for spontaneous limb failure.

So, while the weather is warm, humid and still, just when you least expect it, spontaneous limb failure is most likely to happen.