The Santa Clara Valley is the best place in the entire Universe for horticulture. Yet, few of the nearly two million people who live there now appreciate it, or realize that some of the area was still occupied by orchards only half a century ago. These pictures are from the garden where I lived before graduating from high school, and subsequently planting the peach tree #5 in 1985. Apricots and cherries were finishes quite a while ago. Peaches will be ready soon. These are not orchard trees, but they are happy to be here.

1. Garden Annie apricot – is, as the name implies, a garden variety rather than an orchard variety. With surprisingly minimal pruning, it stays compact and proportionate to a home garden. 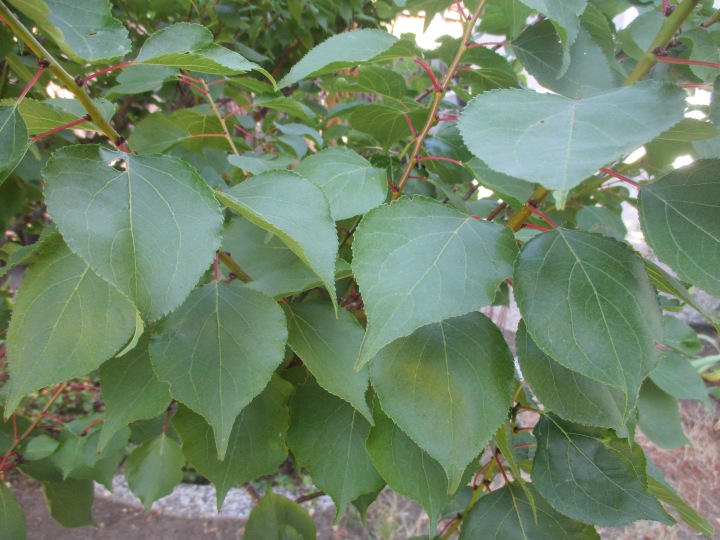 2. Stella cherry – is likewise a garden variety. It was selected because it is self fruitful, so does not need a pollinator. It also has stayed relatively compact and proportionate to limited space. 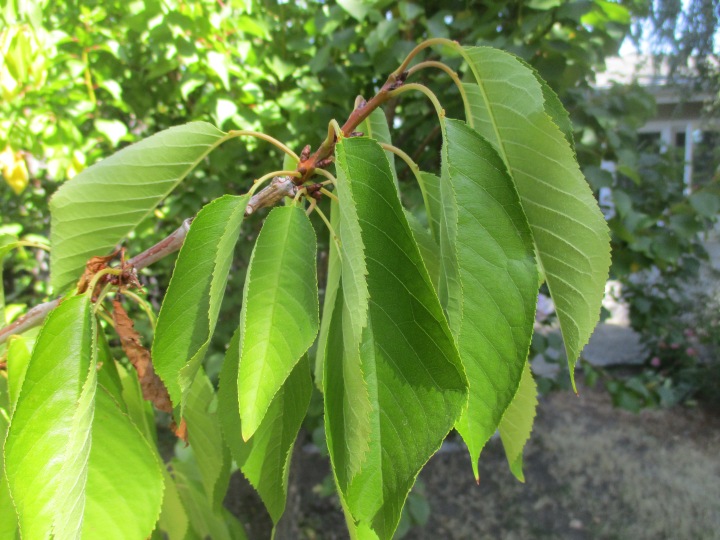 3. Anjou pear – is also known as D’Anjou or Beurre D’Anjou pear. Pears and apples were not common in the orchards of the Santa Clara Valley, but were grown in the Santa Cruz Mountains.

4. Golden Delicious apple – is more commonly and more appropriately known as Yellow Delicious apple. It was selected as an all purpose ‘only child’ apple for baking, cooking or eating fresh. 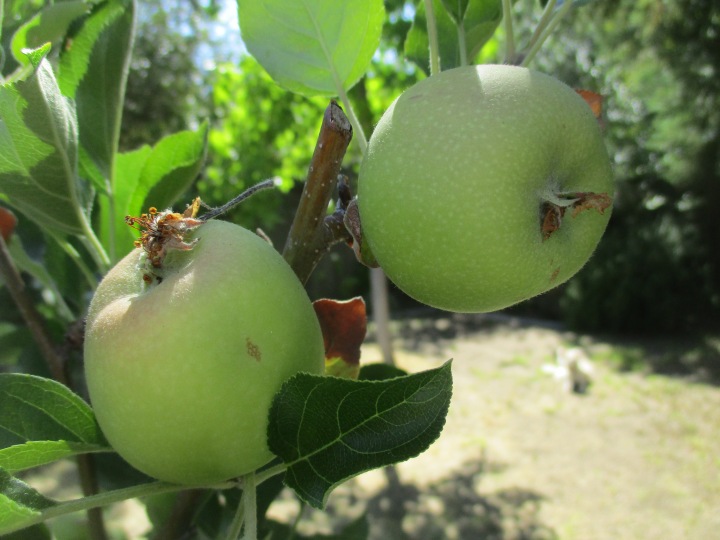 5. seed grown peach – came here from a compost pile in Santa Clara in about December of 1985. The fruit is excellent. However, after all these years, I have never been able to propagate it.

6. Rhody – performs pre-emergent weed abatement by collecting large quantities of burclover seed. He does not enjoy getting them removed from his finely textured fur afterward though.

26 thoughts on “Six on Saturday: Suburbia”